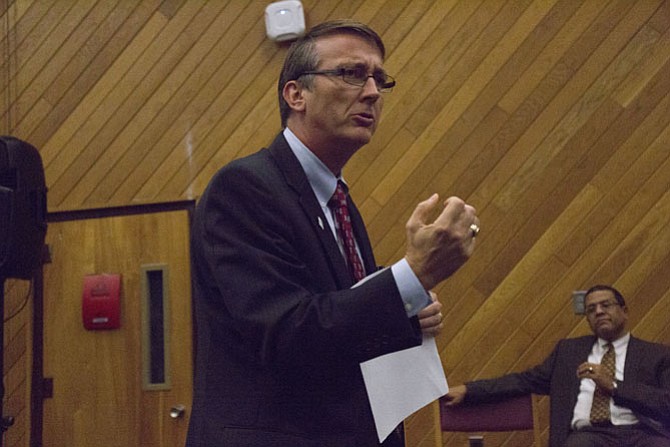 New Fairfax County Public Schools Superintendent Scott Brabrand spoke about how he wants to lead a “premiere school system in this country and among the best in the world,” as Douglas Tyson, assistant superintendent for Region 1, listens. He described the culture he wants to build for the school system as the “Walt Disney World for teachers.”