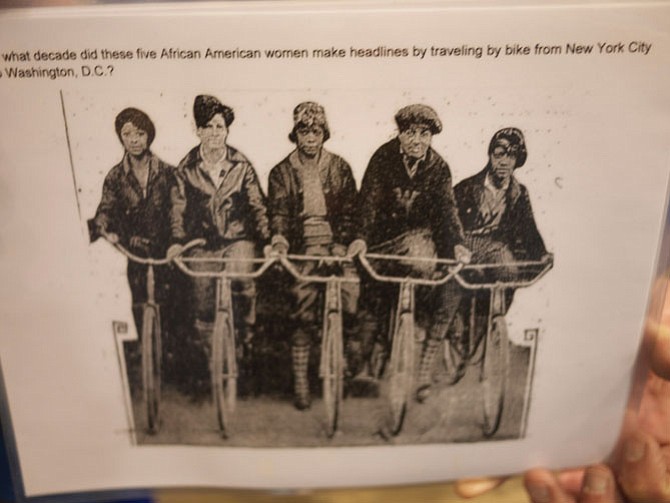 This photo of five African-American women who cycled the 250 miles from New York to Washington, D.C. was on display. Marylou Jackson, Velma Jackson, Ethyl Miller, Leolya Nelson, and Constance White made the trip in three days motivated by the love each had of the great out-of-doors. The ride took place in 1928.