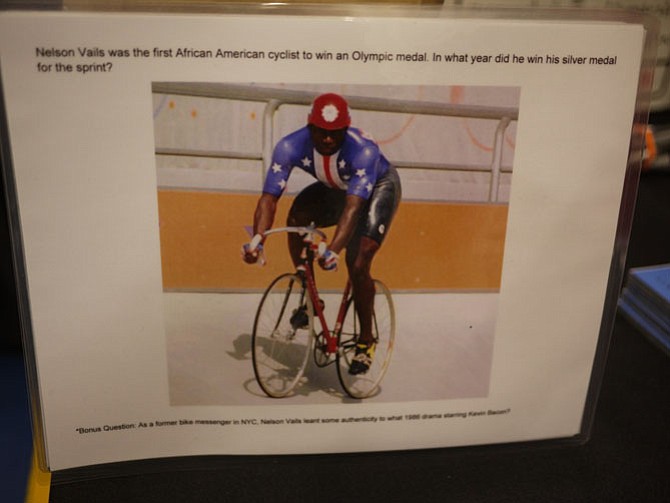 Henry Dunbar celebrated Nelson Vails, the first African-American to win an Olympic medal in cycling. The youngest of 10 children, he grew up in Harlem, and as a child, he rode a used bike around Central Park, trying to win a ticket to Disneyland. He became a bicycle messenger and was known as “The Cheetah” because he could deliver packages faster than anyone else. He became a road racer, trained for the Olympics, eventually beat out top French rIders for the finals of the Men’s Sprint in 1984. He was 23 years old.