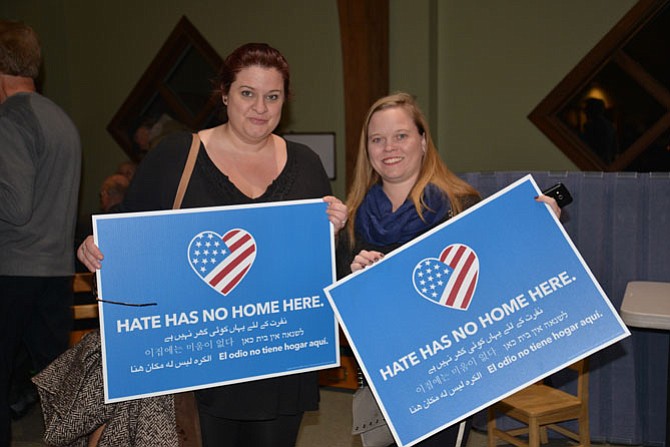 From left: Nikki Pugh of Germany and Lyndsay Nelson of Reston. Nelson was raised in Germany. “I studied history. I’m here because I know where this can lead," she said, speaking about immigration bans and attacks on free press, among other issues.

Movement started as a Google Doc has taken off.

The Indivisible movement. It started as a Google Doc guide.