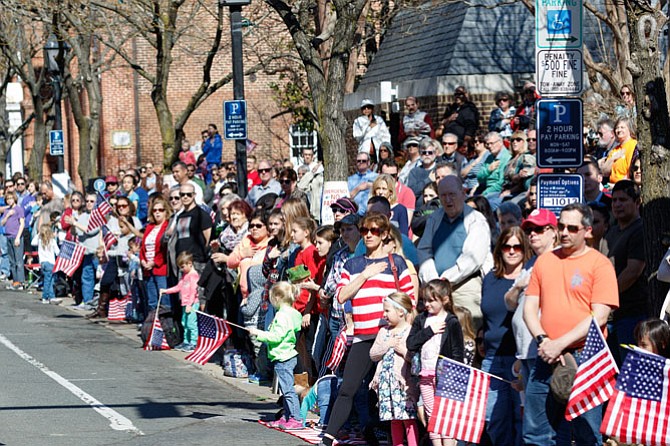 Wearing t-shirts and shorts, the crowd salutes during the singing of the National Anthem.