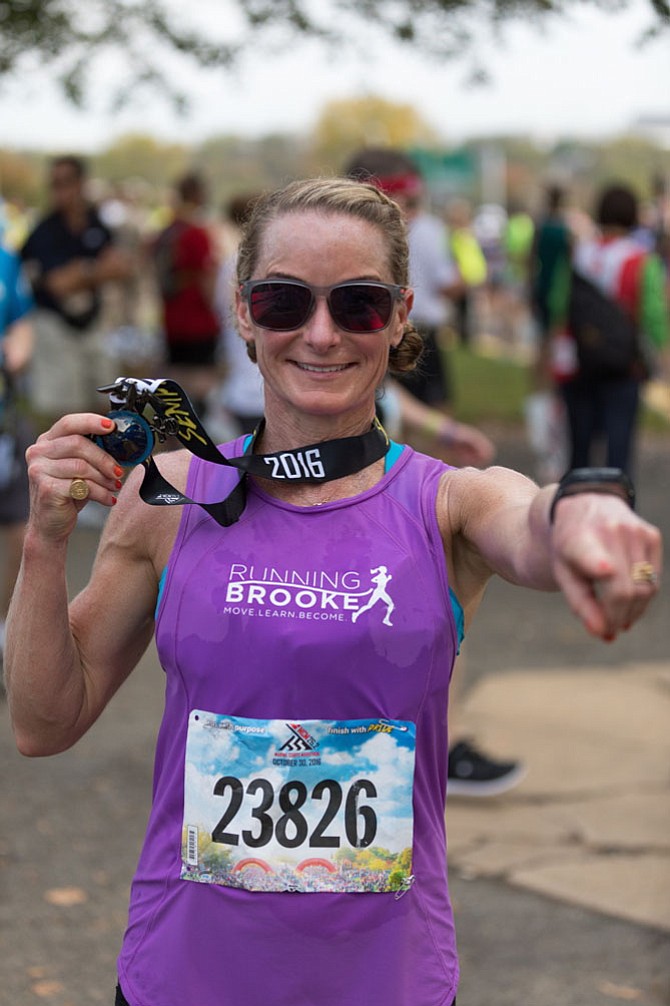 Brooke Curran shows off her medal after finishing the Marine Corps Marathon Oct. 30 in Arlington. The race was the 100th charity marathon for Curran, founder of the RunningBrooke Fund, and was completed in 3:51:05.