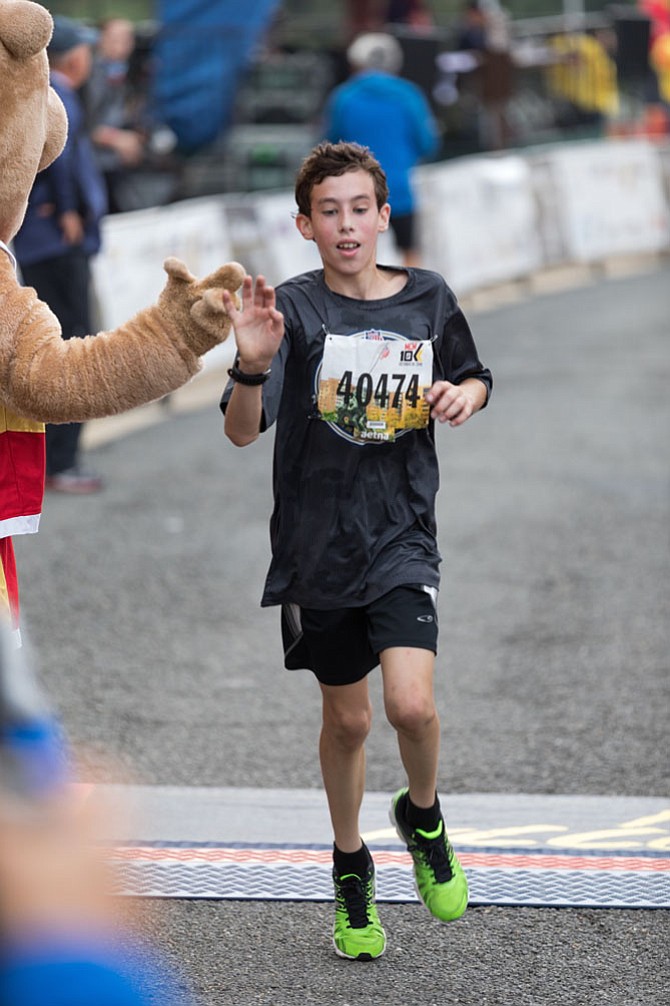 Eleven-year-old Caleb Hymans of Annandale finished fourth overall in the men’s division of the MCM10K with a time of 38:54.