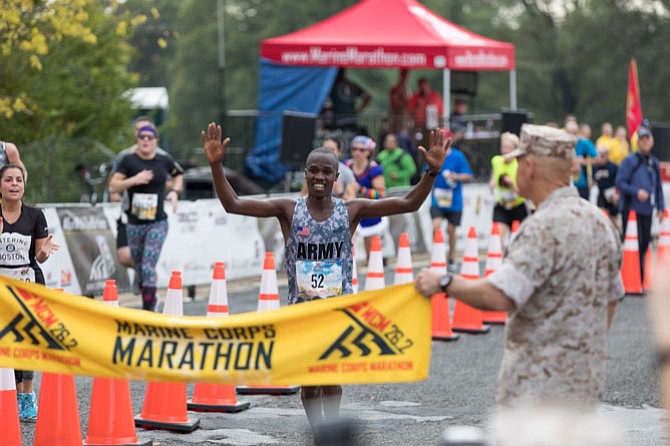 U.S. Army Spc. Samuel Kosgei breaks the tape to win his second MCM with an overall time of 2:23:53. Kosgei won the 2014 MCM and became the sixth MCM finisher to be a two-time champion.