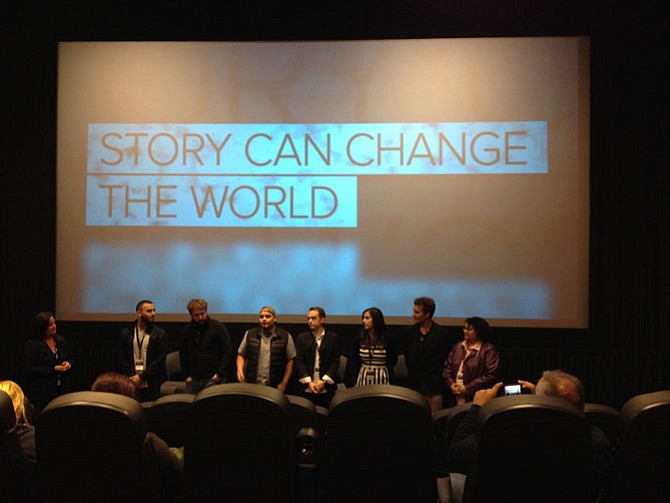 GMU students whose films were screened in the 6th annual Washington West Film Festival answer questions from the audience. The GMU Film and Video Studies Program has partnered with this film festival for several years.