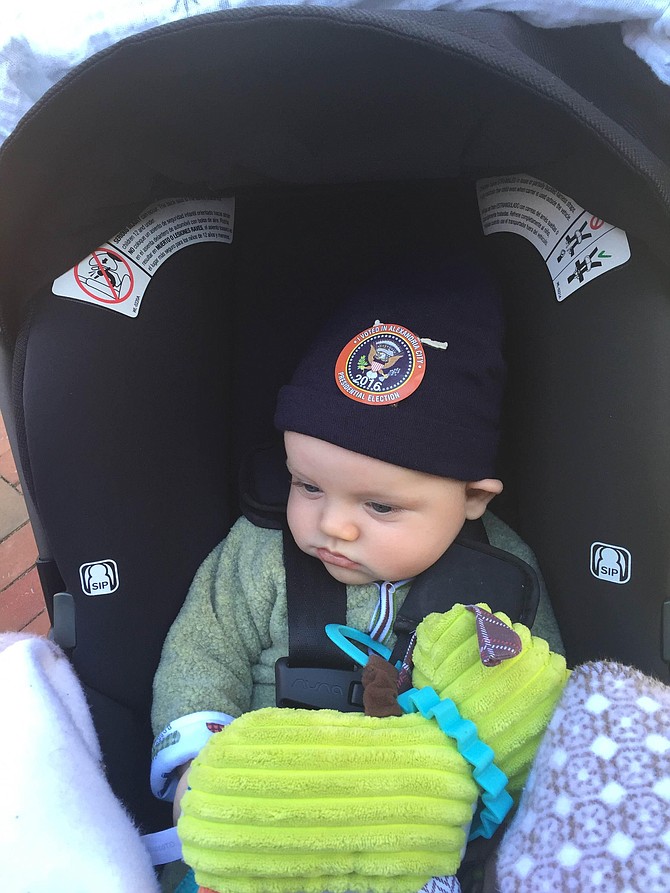 William McCarthy goes to the polls with his parents, though as a minor he is unable to cast a ballot in the election.

If Alexandria had decided the election, Hillary Clinton would be President.