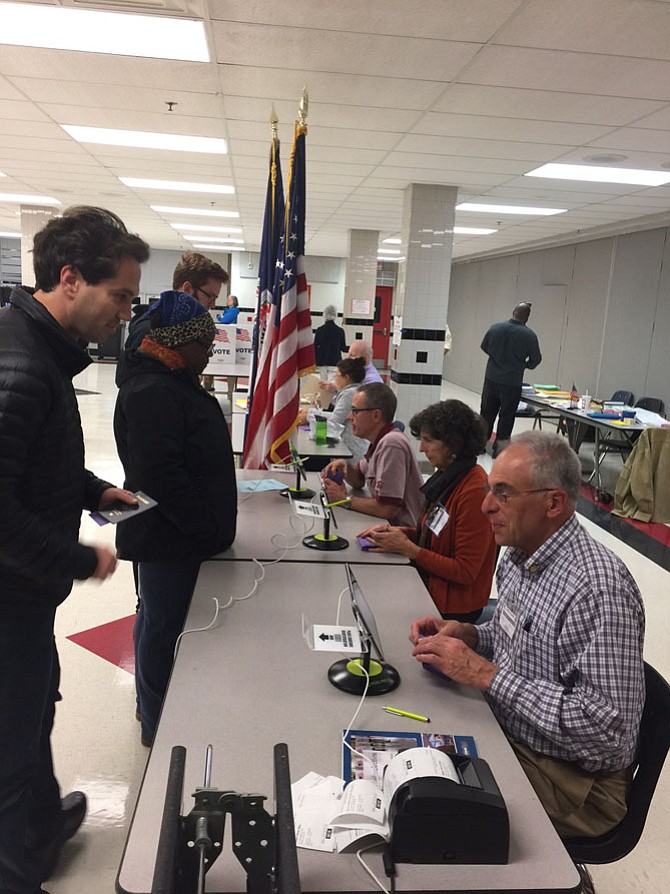 James Madison High School - 6:43 a.m., and 11 a.m.
Some early-morning voters in Vienna were a little flustered trying to figure out which line to wait in as two separate precincts voted in the Madison High School cafeteria. By 11 a.m., lines had diminished, but campaign workers say they expect another rush during the noon lunch hour.

As long as you are in line by 7 p.m., you will be able to vote. Polls are open from 6 a.m. to 7 p.m. If you are planning to vote on your way home from work, give yourself plenty of travel time. Election officials want you to keep in mind that you need to be in line by 7 p.m at your poll location in order to cast your vote.