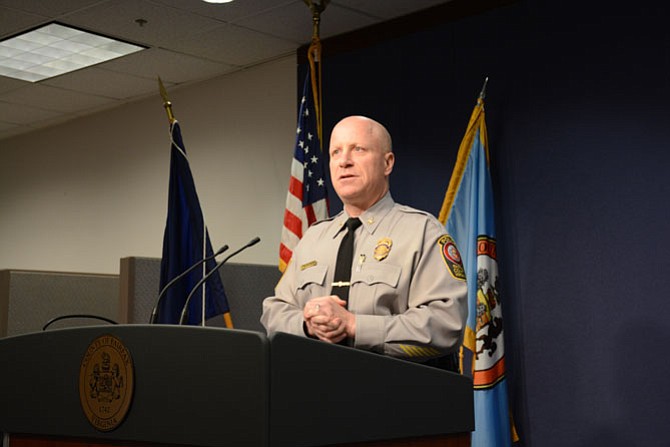 Fairfax County Chief of Police Edwin Roessler addresses members of the media about two arrests in the May 21 robbery in Springfield.

Three days after an armed robbery and gunfight that broke out in Springfield’s Brookfield Plaza, Fairfax County Police announced Tuesday, May 24, that two men have been arrested in connection with the case.