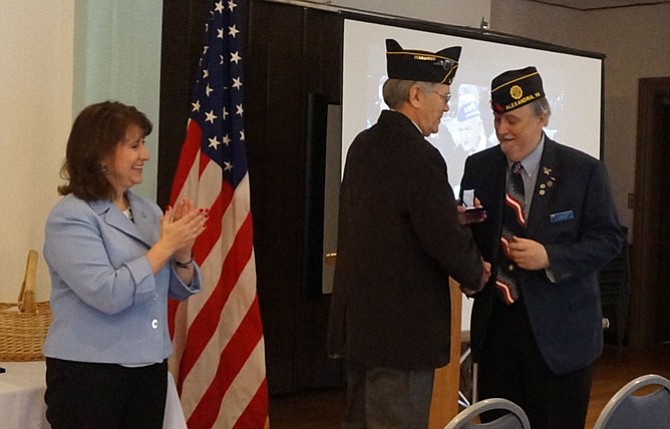 Veterans from World War II, Korea and Vietnam gathered at American Legion Post 24 for a viewing of the Virginia World War I and World War II Commemoration Commission Tribute to Veterans ceremony Dec. 8, marking the 75th anniversary of the U.S. entry into World War II.