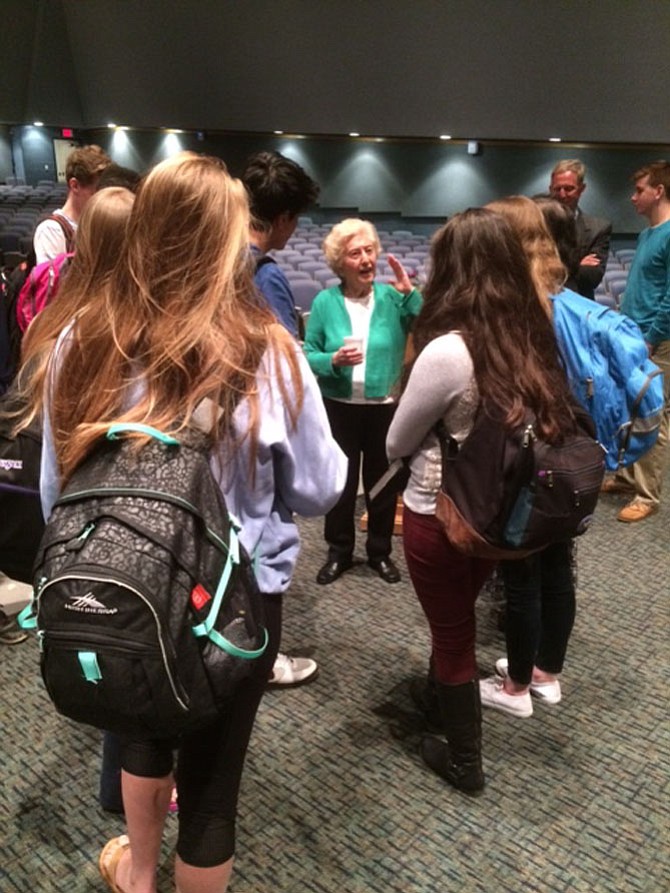 After 10th-grade students at Woodson High School were dismissed from the auditorium Monday, several dozen teenagers risked being tardy to their next class so they could shake hands and personally thank guest speaker Irene Weiss for sharing her painful testimony as a Holocaust survivor. Woodson students are near and dear to Weiss’ heart. She moved to Northern Virginia in 1953 with her husband, Martin, and raised three WHS graduates. Two grandchildren are Woodson alumni as well.