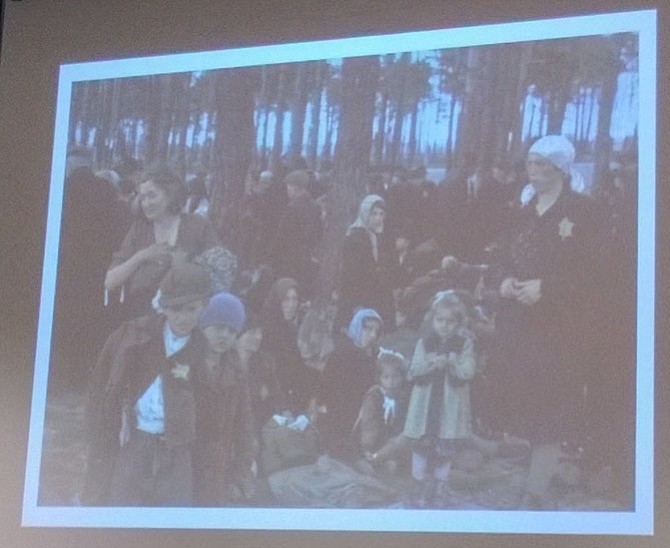 Decades after the war, as Holocaust survivor Irene Weiss combed through archived pictures in search of her family, she was shocked to find some of them in a group shot of women and children — who didn’t know they were going to be killed. A copy was shown on a large auditorium screen Monday to Woodson High School students as Weiss pointed out her little brothers in the foreground on the left and their mother nearly hidden behind them by the boy in the blue cap. “Their fate is sealed,” she said, “and they have no idea what will happen to them.” Only Weiss and her older sister, Serena, survived Auschwitz, where their parents and siblings were murdered. “We had no idea there was a grand plan of genocide,” she stated plainly.