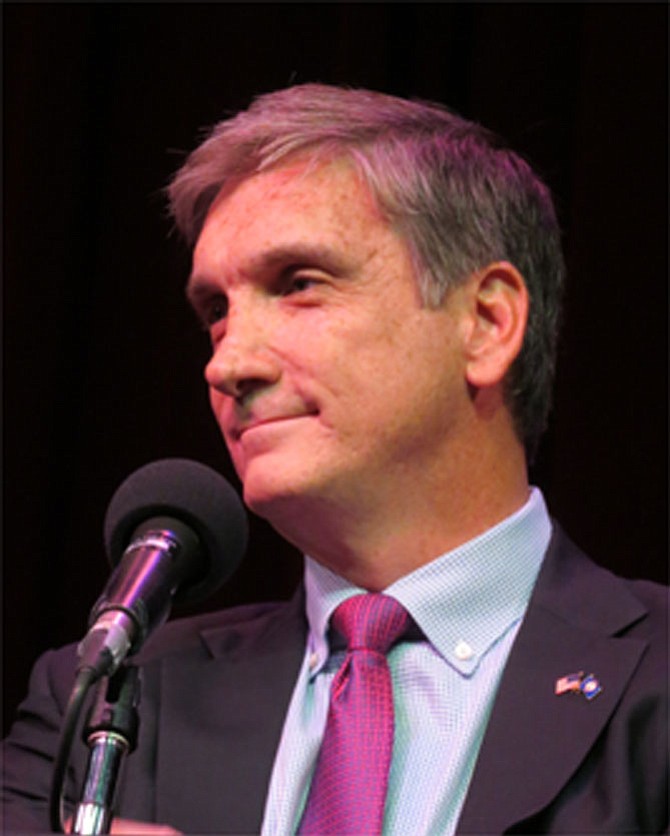 Craig Parisot, Republican challenger for Delegate in the 34th District, at the Oct. 18 debate.

The 34th-District House of Delegates race between Kathleen Murphy (D) and Craig Parisot (R) is a rematch of the special election triggered last November when Barbara Comstock (R) was elected to the U.S. Congress.