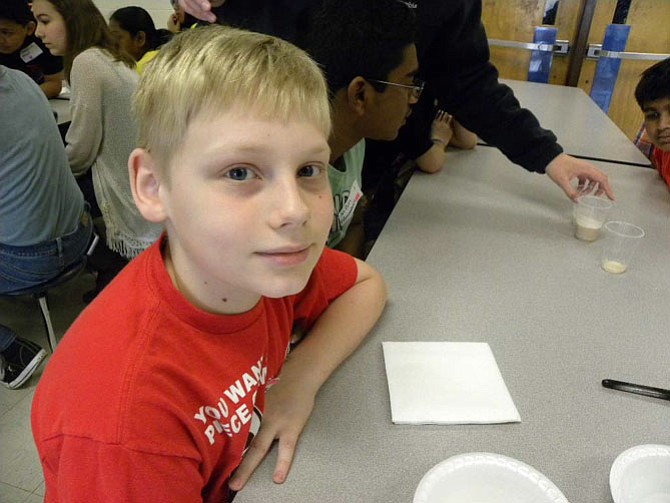 Nicholas Bellem, a sixth grader at Ellen Glasgow Middle School in Lincolnia, has a keen interest in science and STEM. He is looking forward to building an engine from scratch, one of the activities at Project BEST’s Science Innovation and Inspiration Youth Conference at Langston Hughes Middle School in Reston on Saturday, April 18.

Watching yeast rise may not be the most exciting, unless it involves baking cinnamon rolls, but by the end of the day, middle school students from Fairfax County will have had a chance to extract strawberry DNA, study soap molecules, learn about centripetal force and build a motor from scratch. These are the experiments Project BEST, Building Excitement for Science and Technology, had at Langston Hughes Middle School in Reston on Saturday, April 18 during its third annual Science Innovation and Inspiration Youth Conference.