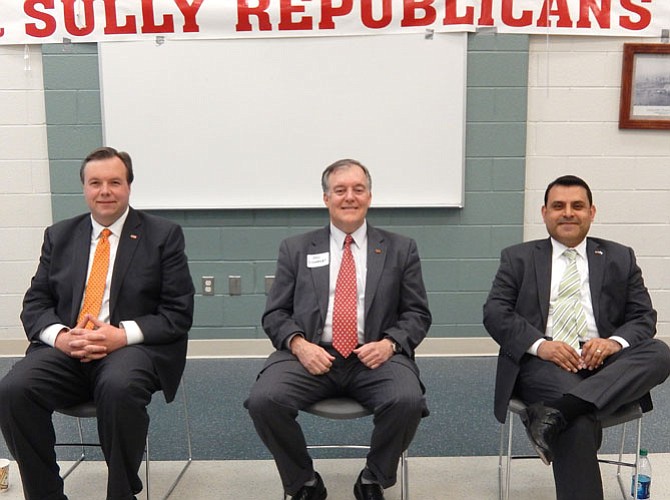 Facing the audience and preparing to debate are (from left) Brian Schoeneman, John Litzenberger and John Guevara.