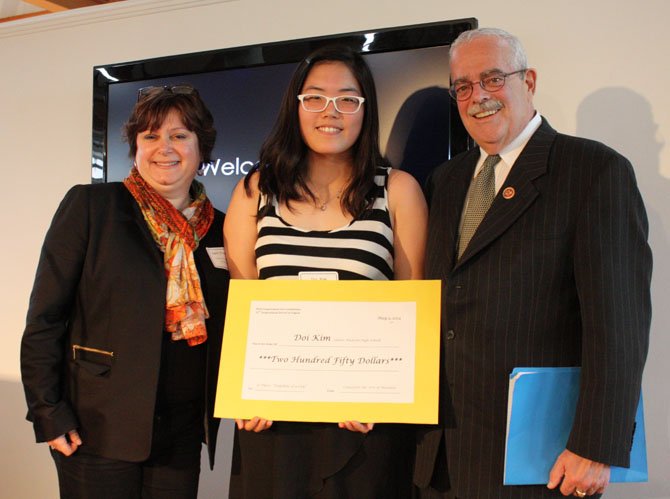 Doi Kim of James Madison High School was awarded fourth place in the Congressional Arts Competition. Congressman Gerry Connolly and judge Signe Freidrichs of the Council for the Arts of Herndon presented the award.