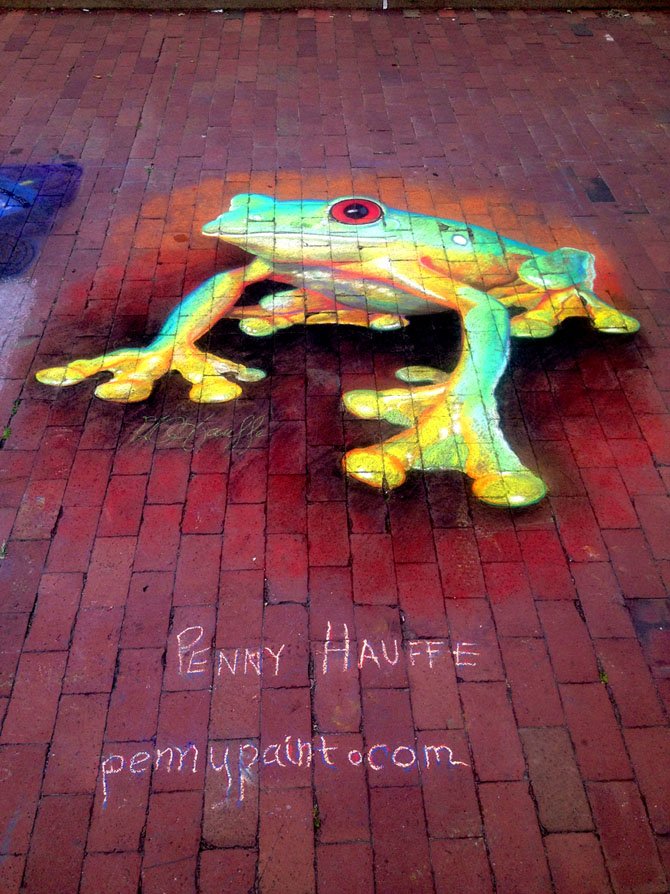 The chalk mural of Penny Hauffe. Hauffe won second place prize in the professional artist category for her work in the 2014 chalk festival at Lake Anne Plaza.

Reston’s Lake Anne Plaza hosted its first ever chalk festival titled Chalk on the Water, the weekend of June 7-8.