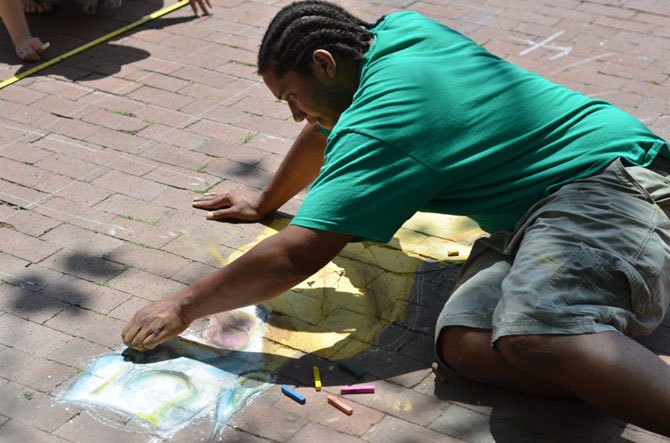 Belmin Rivera, a 2011 graduate of Reston South Lakes high school works on his chalk mural on Saturday at Lake Anne Plaza for the June chalk festival.

Reston’s Lake Anne Plaza hosted its first ever chalk festival titled Chalk on the Water, the weekend of June 7-8.