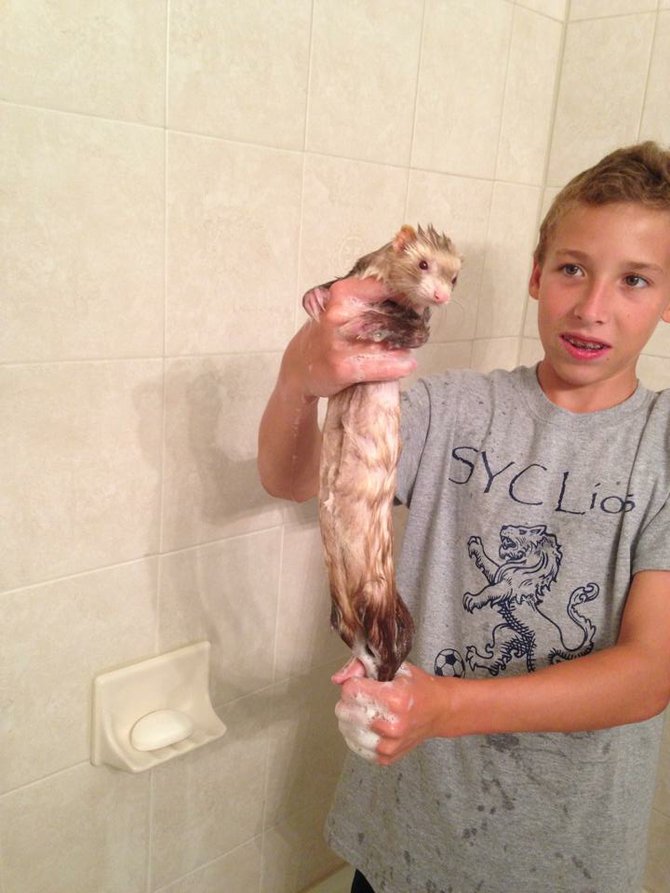 Brandon holds up one of his ferrets after giving it a bath. Henry said, despite popular belief, the ferrets do not smell all that bad, so long as they are bathed regularly.

Commonly known for their playfulness and pungence, ferrets have earned themselves the moniker of “the clowns of the animal kingdom” from sources like Animal Planet. City of Fairfax resident Brandon Henry, 13, of Robinson Secondary has greatly enjoyed this aspect of his two ferrets, Steve and Skippy, for the past two years. “I asked for them two years ago for Christmas, and ended up receiving them as a gift from my parents,” Henry said. “At the time, my sister always called random things ‘Steve,’ so I decided to name one of the ferrets ‘Steve,’ and the other one was always hopping around, so I named it ‘Skippy.’”