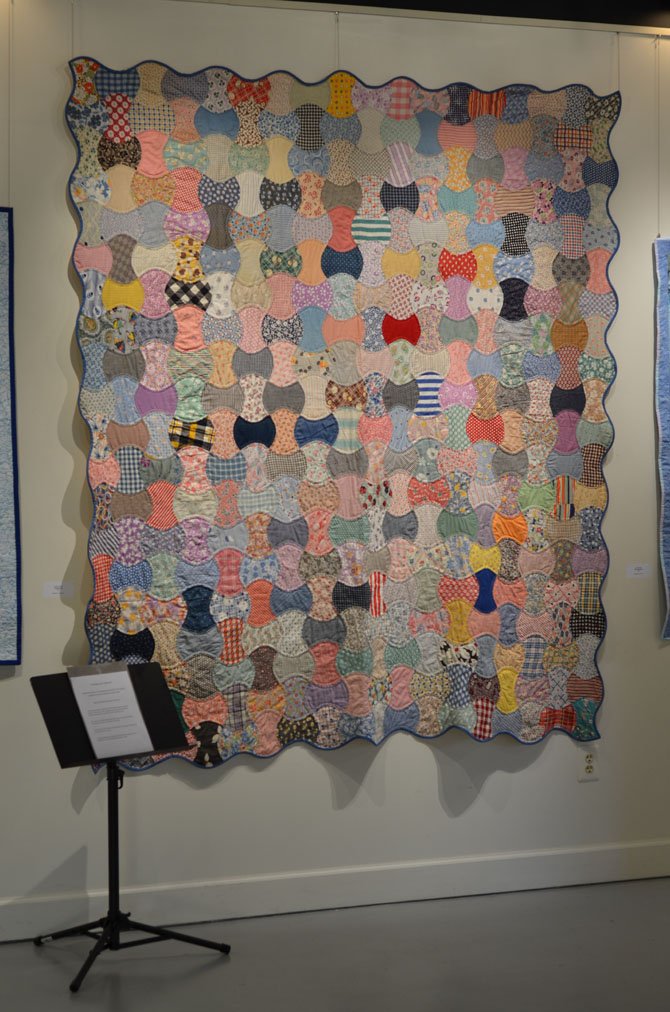 Susan Shaw’s quilt “Applecores” on display at ArtSpace Herndon. The top for this quilt was pieced by her grandmother circa 1940. In 2013 Susan Shaw hand quilted it.

”Something Blue” on exhibit until March 2.

Fine textile art with quilts of many shapes and designs are showcased in the exhibit “Something Blue” at ArtSpace Herndon. The show features 75 pieces of quilt art, and it was organized with the help of Dorry Emmer and Sarah Entsminger. Twenty-three quilters have lent their work to be hung on display at this exhibit, which will continue until March 2. “I do believe that there is now an increase in interest in learning textile arts as compared to the 1980s and ‘90s,” said Dorry Emmer, a resident of Great Falls. “Within quilting a subsection has sprung up called ‘modern quilting’ and this is attracting younger people as they see it being more contemporary. But really, modern quilting has more similarities to traditional quilting than differences.”