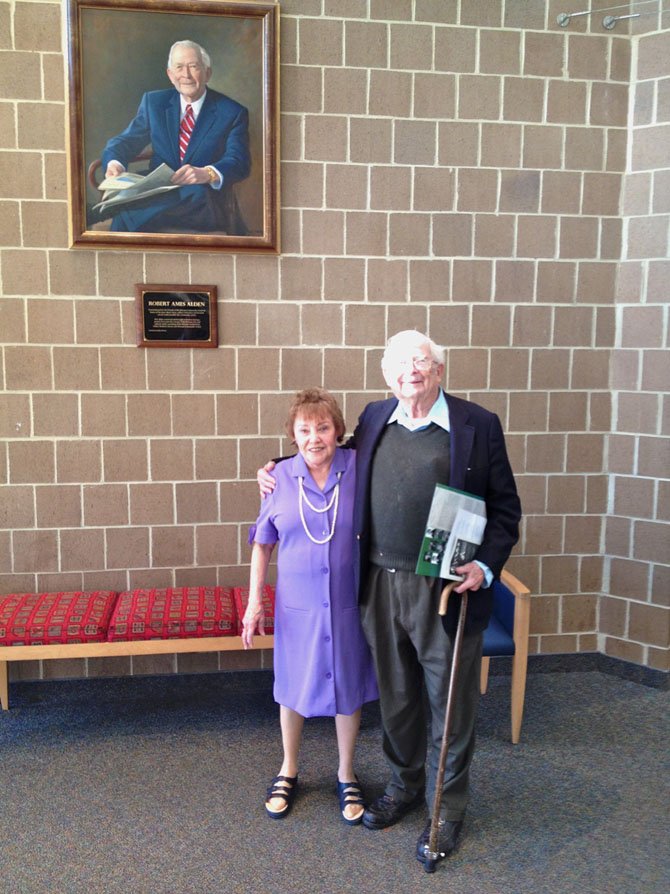 Anita Lamkin, a sponsor for Concerts at the Alden, and Robert Ames Alden, the man for whom the theater was named, stand in front of Alden’s hanging picture in the lobby before the concert.

Five young musicians spanning an age range of seven years were given the chance to shine in front of a large crowd at the Alden Theater on Sunday, Feb. 23. While the audience heard lovely renditions of Chopin and Beethoven’s works, the performers were able to relax a bit performing in a non-competition setting. “Usually in competitions you perform for judges, but it’s very rare that you actually get to play for people who have just come here to listen to your music,” said 13-year old Kevin Wang, a student at Rachel Carson Middle School. Wang was joined by fellow pianists Victor Pan, 10, Evan Hu, 11, and Adam Heins, 17, as well as violinist Shankar Balasubramanian,16.