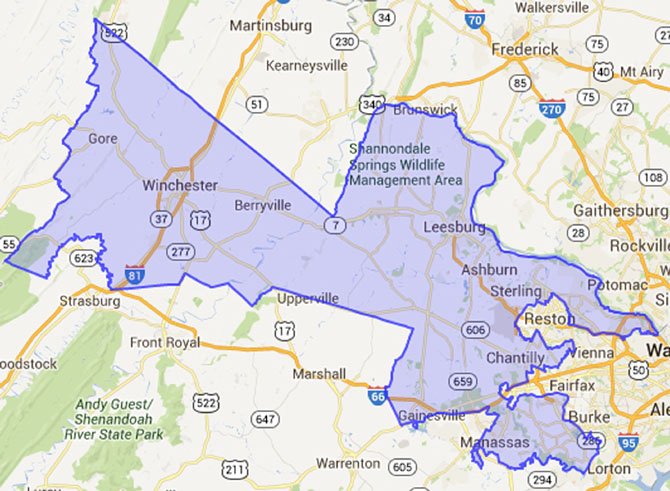 The 10th district includes all of Clarke, Frederick, Loudoun, and Warren counties and the Independent Cities of Manassas, Park, Winchester, along with portions of Fairfax, Fauquier, Prince William counties.

How Red Is the 10th District?

U.S. Rep. Frank R. Wolf’s announcement in December that he would not seek reelection to an 18th term in Congress came as a surprise to both Republicans and Democrats. Wolf’s retirement notice instantly set off a feeding frenzy among politicians maneuvering to gain the Northern Virginia Congressional seat.