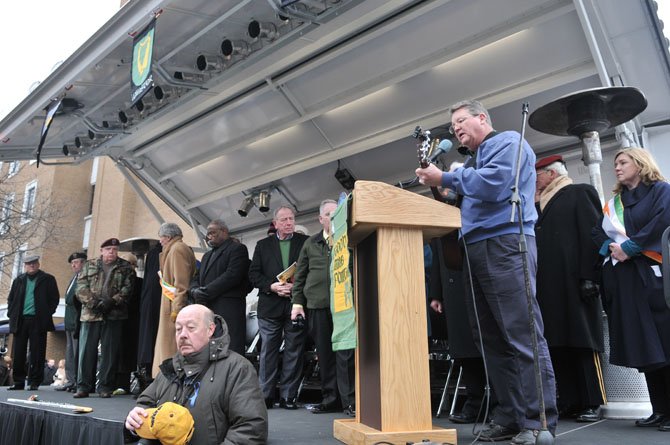 Pat Garvey sings a song written by a veteran after a first visit to “The Wall,” the Vietnam Memorial in Washington, D.C.