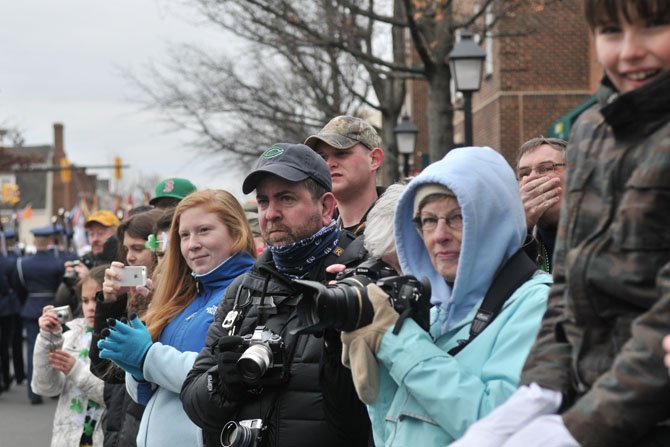 Armed with cameras, the crowds along King Street capture the parade.