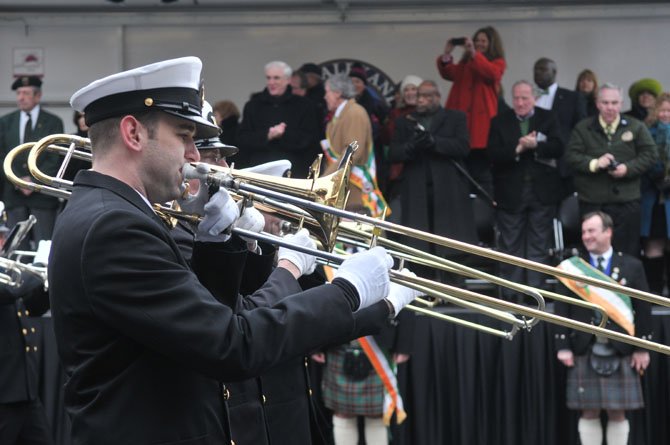 The U.S. Navy Band performs at the reviewing stand.