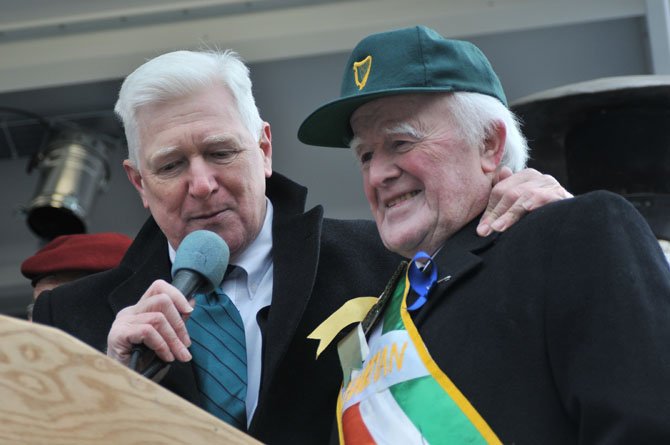 U.S. Rep. James Moran thanks Pat Troy for once again hosting with the Ballyshaner’s the Alexandria St. Patrick’s Day Parade. At the first parade in Alexandria, the congressman reminisced that he brought his stepfather, who was dying of pancreatic cancer and his dad was pleased to have seen it.