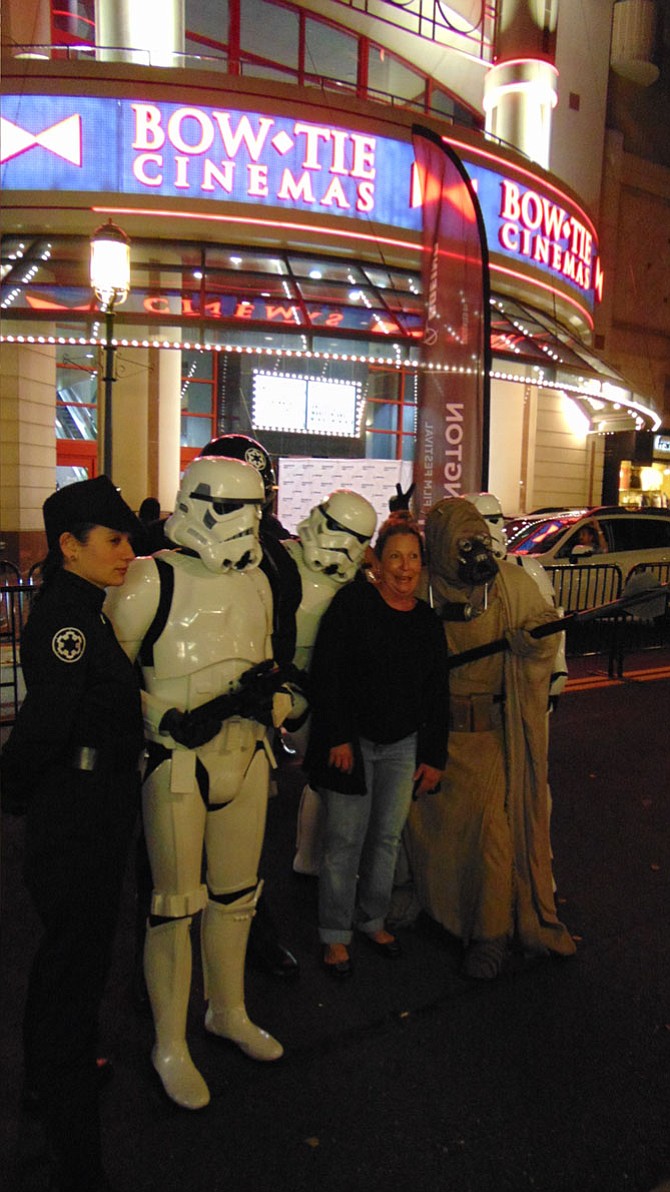 Georgia Cassedy of Reston with the all-volunteer 501st Legion dressed as "Star Wars" characters at the film premiere of "Clive Davis: The Soundtrack of Our Lives," during the Washington West Film Festival at the Bow Tie Cinemas at Reston Town Center.