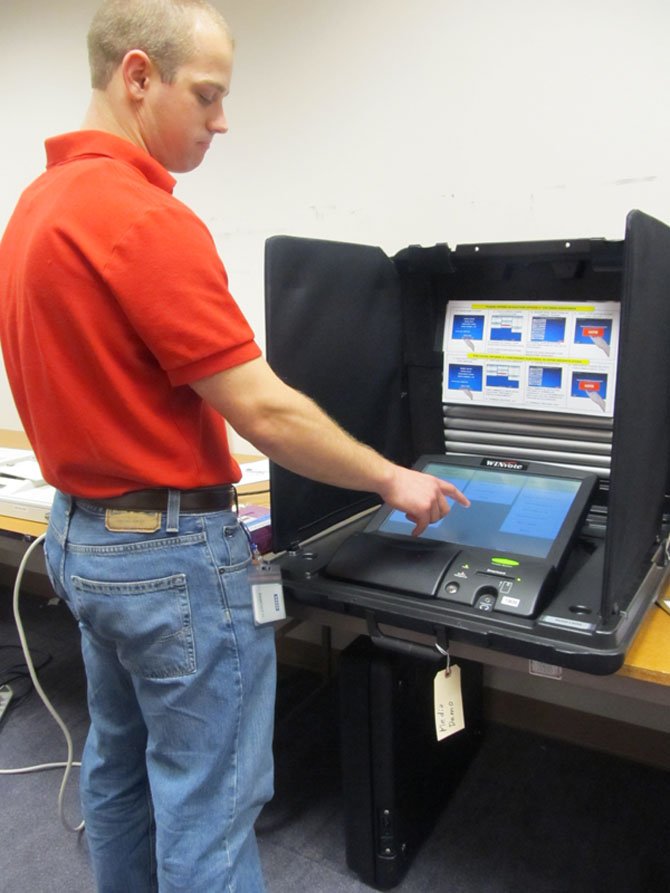 In addition to the optical scan voting machines, every polling place will be equipped with WINvote “touch-screen” machines, which have been used in Fairfax County since 2003. Luke Baranyk, voting machine custodian, demonstrates the touch-screen technology.