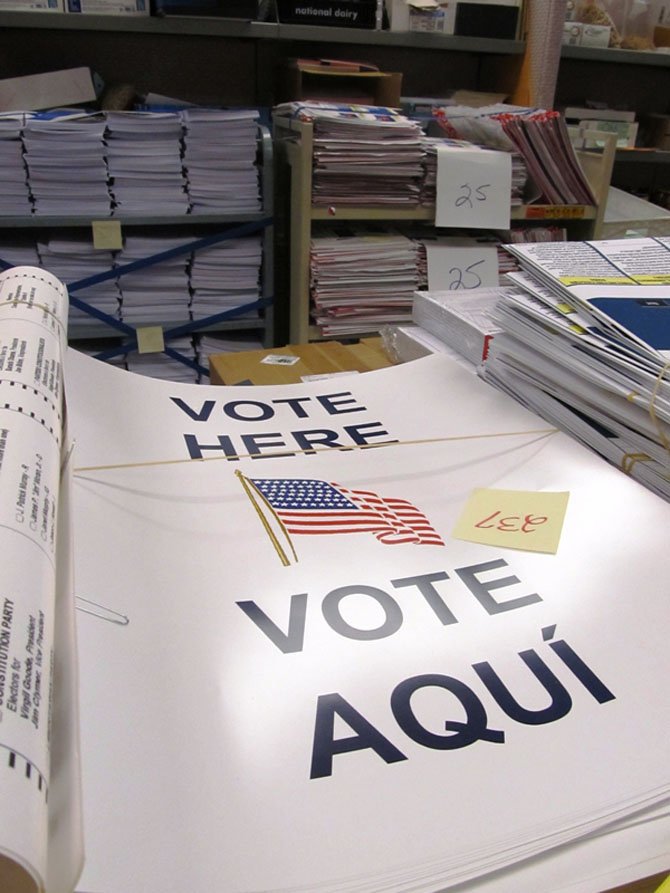 All voter information material must now be translated into Spanish to comply with new state mandates, and signs in Spanish and English hang in all of Fairfax County’s polling precincts.