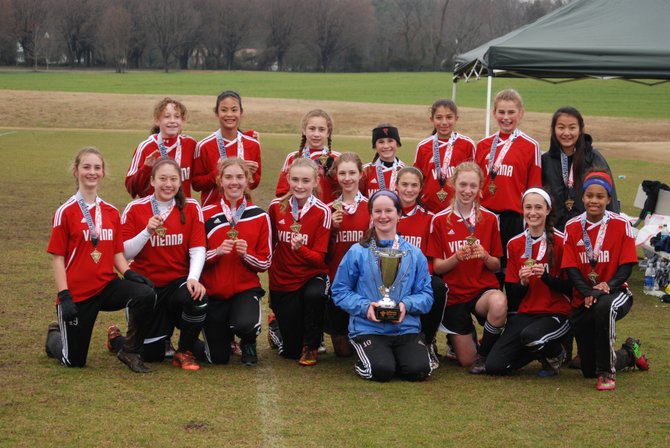 The Vienna Youth Soccer (VYS) Patriots Black, an under-13 girls travel soccer team, competed in the 2013 Jefferson Cup tournament Saturday and Sunday, March 16 and 17, in Richmond.