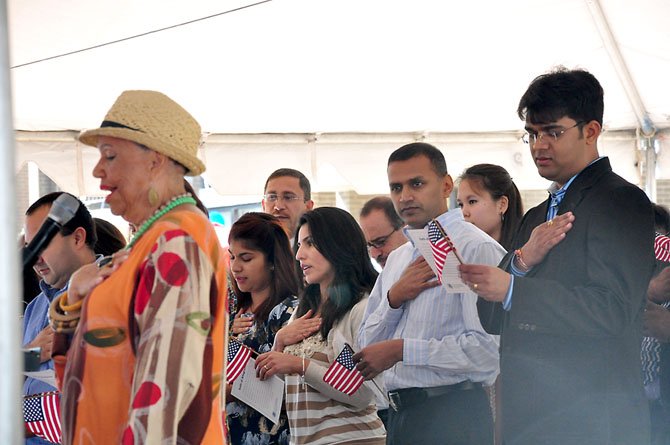 On Sept. 22 at the Multicultural Festival on Lake Anne Plaza in Reston, 25 people participated in a naturalization ceremony that made them American citizens.

Saturday, Sept. 22 marked the first time Jesse Ekland and Alicia Morales attended the Reston Multicultural Festival as a couple, but they used it to celebrate their anniversary anyway. That’s because it served as a catalyst for their relationship.