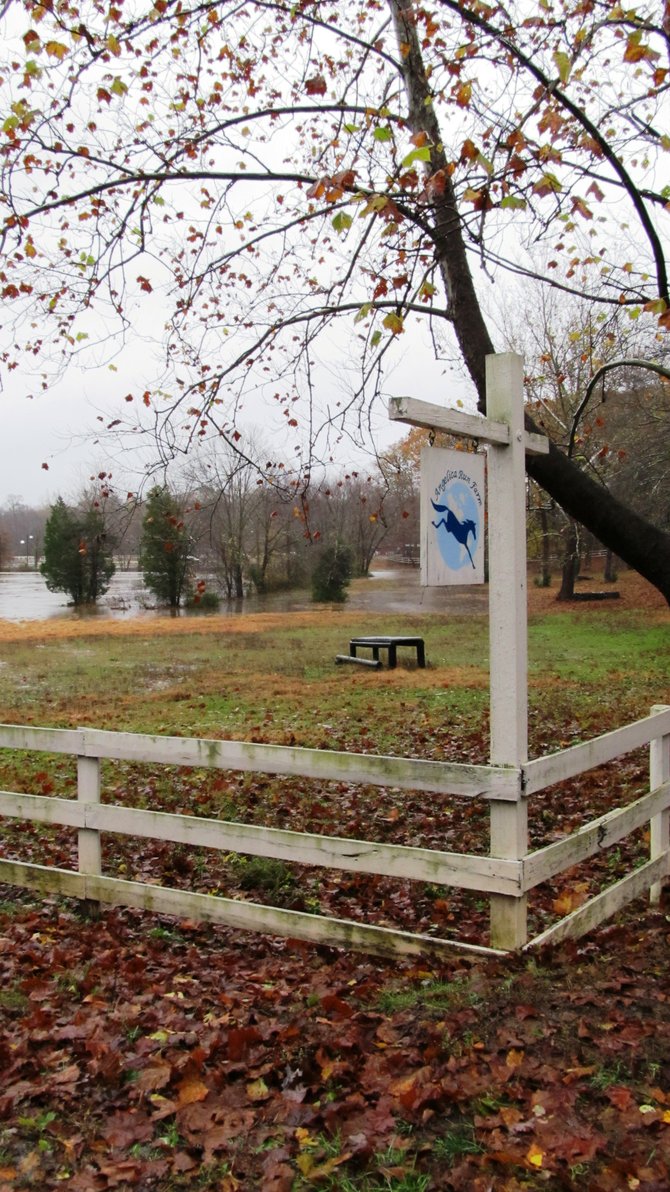 Nearly a foot of floodwaters remained on the field of Anjelica Run Horse Farm in Vienna Tuesday, Oct. 30 around 9 a.m. Although Hunter Mill Road was closed, cars were skirting the barriers to go across the bridge that was reconstructed near the farm after it sustained severe flooding last September during Tropical Storm Lee.

Thousands of residents without power as clean-up efforts continue and residents deal with downed trees, closed roads and schools in wake of Hurricane Sandy.