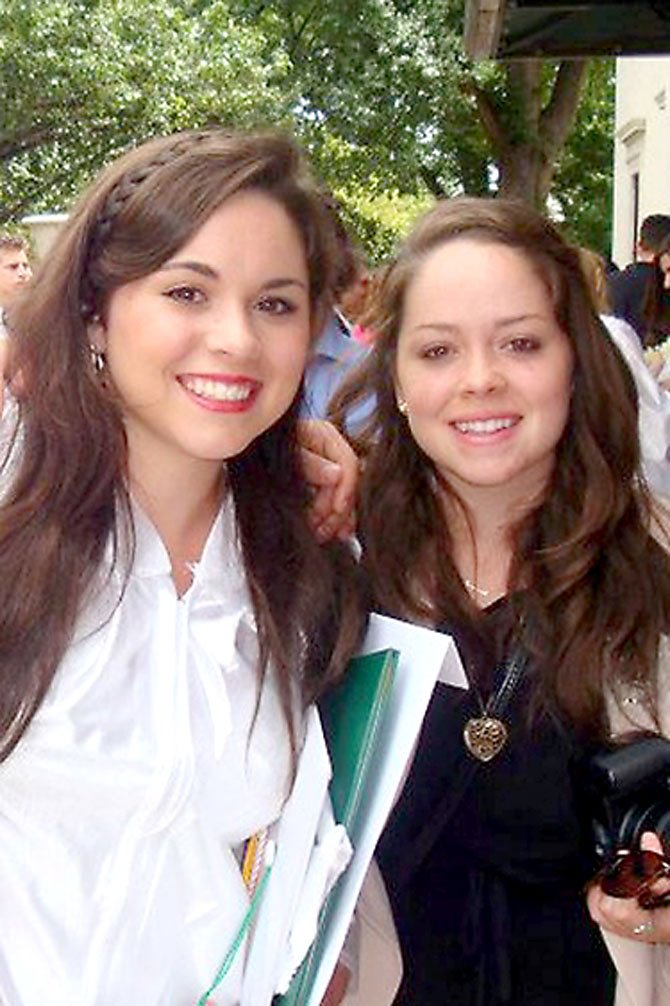 Left to right: Isabel Hefner, 18, is a freshman at Virginia Tech University, and her sister Sarah, 21, is a senior at Penn State University. The two are Great Falls natives.