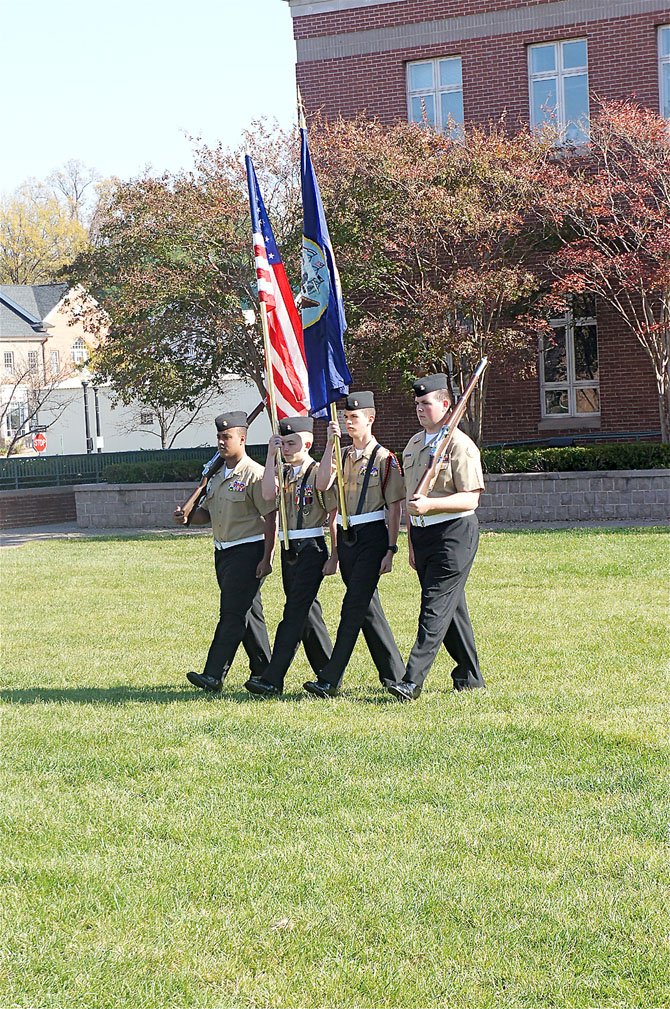 The "Posting of the Colors." Young members of the Herndon Junior Naval ROTC march the flags in for their presentation at the Veterans Day Observance ceremony.

“The eleventh hour of the eleventh day of the eleventh month. Let us observe two full minutes of silence.” With those words, David Kirby, commander of Herndon-Reston American Legion Wayne M. Kidwell Post 184, opened the 2012 Veterans Day observance, addressing veterans, active duty members, town dignitaries and respectful citizens gathered on the green behind the Herndon Municipal Center. The commander was, of course, referring to 11 a.m., Nov. 11, 1918—the date and hour when hostilities on the Western Front of World War I officially came to an end. Originally celebrated as “Armistice Day” to remember those fallen in combat during that war, what we now call Veterans Day has evolved to honor those who made that ultimate sacrifice, and to thank all who have served and continue to do so.