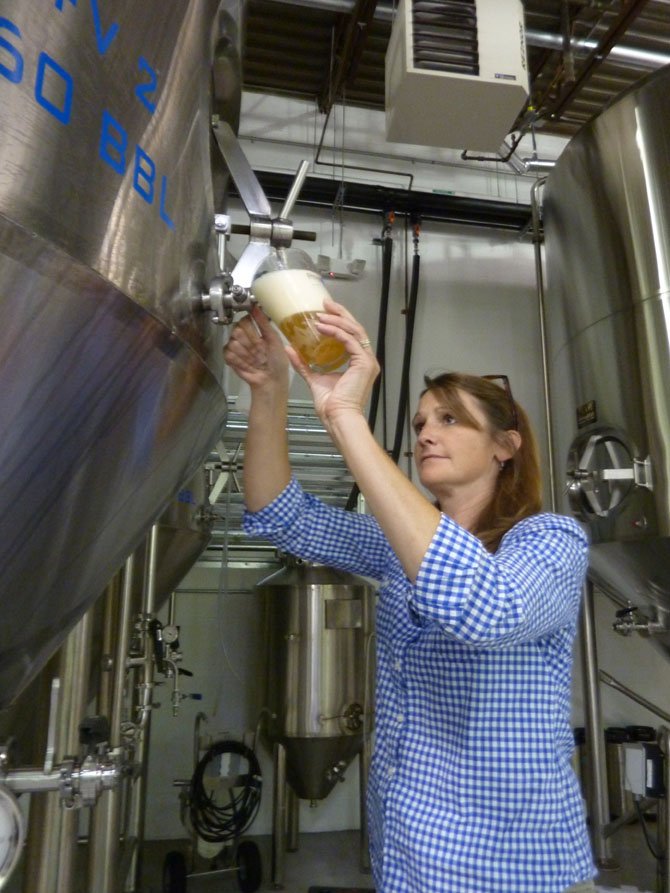 Tasting room manager Jennifer Chace pours a glass of Derecho Common directly from the fermentation tank at Port City Brewing. The limited edition beer, named after the derecho storm that spawned it, will be officially tapped Aug. 3 at 3 p.m.

When a derecho swept through the area June 29, downed trees and power lines left more than a million people without power during a record-breaking heat wave. Alexandria residents and businesses alike were left scrambling to salvage what they could of any perishable products. For Port City Brewing, that meant trying to save the beer.