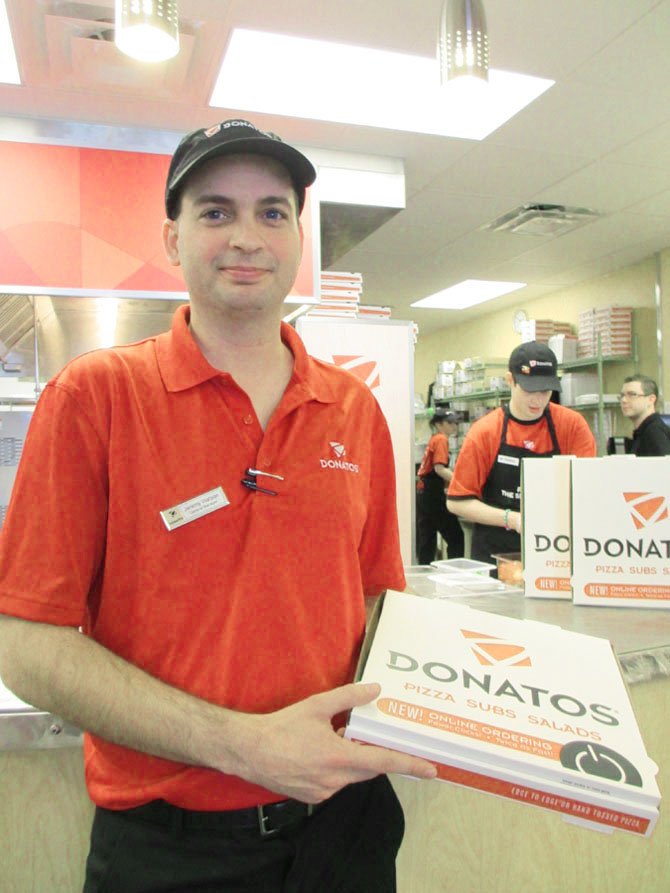 Vienna franchise first of dozens to open in Northern Virginia.

Evidently, a lot of Vienna people have been watching the build-out of the newly-opened Donatos pizza and sub restaurant in the Danor Shopping Center.