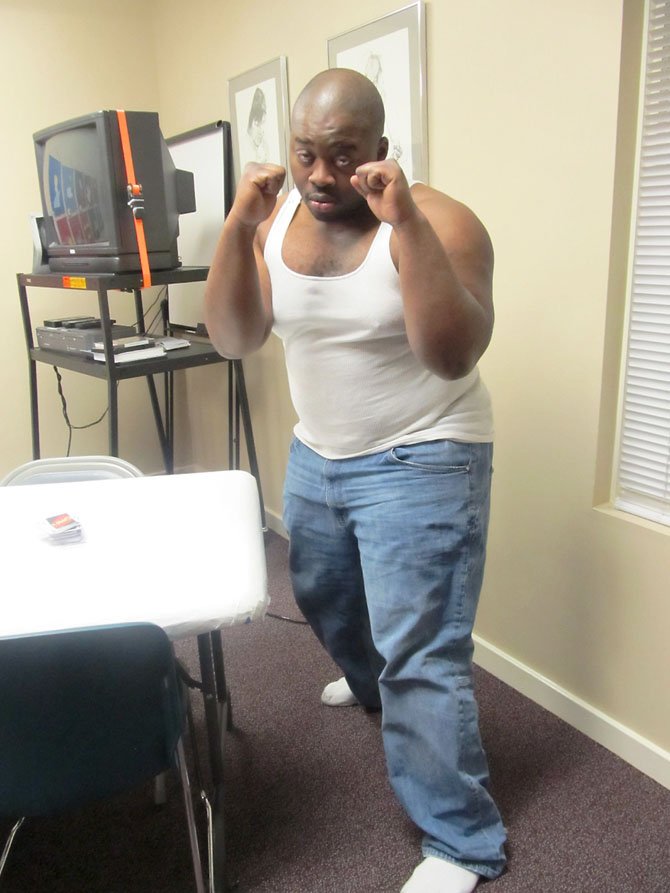 Arthur Garret, 29, a client at the hypothermia prevention shelter provided by Burke United Methodist Church on Friday, Dec. 21, said his goal is to become a boxer. “I have goals. I want to make the Olympic boxing team… It’s never too late.”