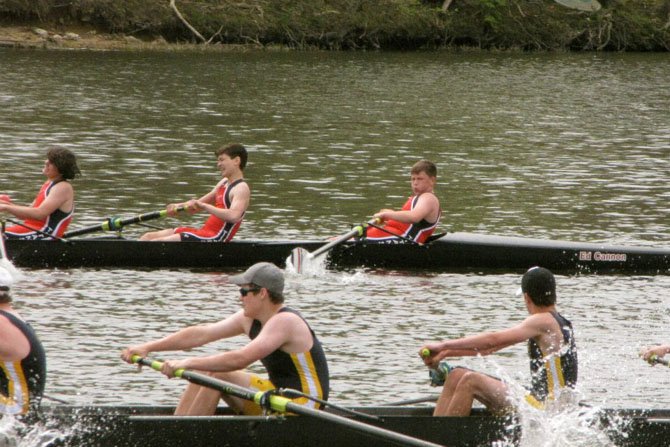 Rower Jack Kane (in the bow seat, top right) stares down the competition as the T.C. Williams boys’ freshman 8 storms past Bethesda-Chevy Chase on their way to victory at the Darrell Winslow Regatta on April 14.

The boys and girls of the T.C. Williams crew team went their separate ways this past weekend, traveling to separate regattas on Saturday that were each marked by sunny skies, stiff competition, and stellar performances by the freshman boats.