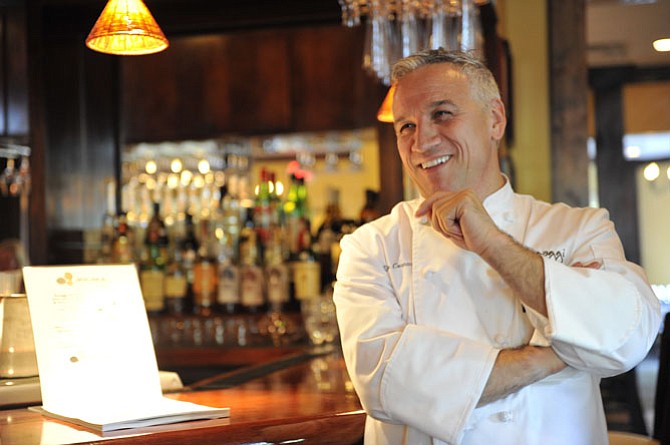 After culinary school in Italy, Chef Domenico Cornacchia worked throughout Europe — Switzerland, France, Belgium and Luxemburg — before immigrating to the United States in 2005, where he quickly made a name for himself as corporate executive chef and partner of Café Milano in the Georgetown neighborhood of Washington, D.C. He was also involved with Café Milano’s two sister restaurants Sette Bello in the Clarendon neighborhood of Arlington and Sette Osteria in the Dupont Circle neighborhood of D.C. before he opened Assaggi Osteria in November 2009.