Residents come together to celebrate their sense of community. 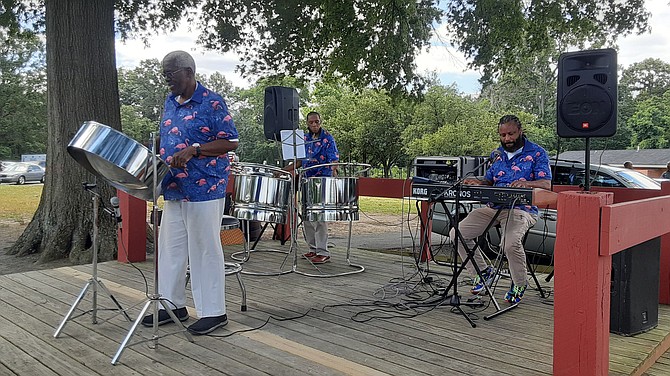 The steel drum sound set the mood for the afternoon.

Optimism was in the air at the Gum Springs Community Day that doubled as a celebration of Juneteenth Day for this historic Mount Vernon community. In Martin Luther King Jr. park, skating, train rides, steel drum music and speeches by locals that grew up in and around Gum Springs provided entertainment.

“Big Mike” Graves helped pull things together for the event, and he’s been a resident of Gum Springs since 1975; events like this help the bonds in the community. “This has been part of our lives for 48 years,” he said.

Gum Springs resident Queenie Cox kicked things off by introducing Del. Paul Krizek (D-44) to the crowd that gathered around the stage, announcing the 189th anniversary of the community. Krizek talked about the history, and the efforts of a past resident, Annie Harper, who pushed to end the poll tax in Virginia, which was a way to stop African Americans from voting. 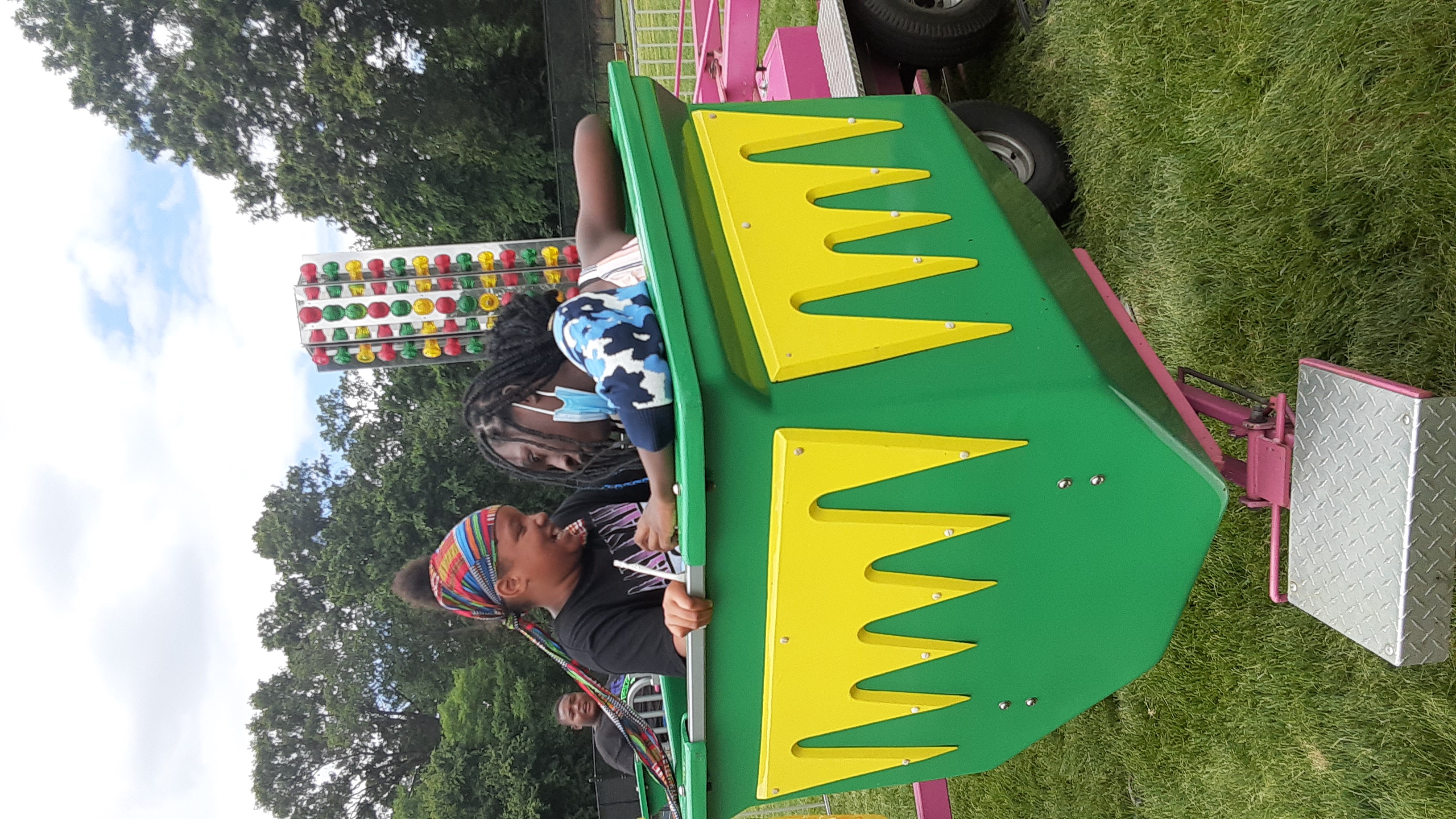 “Now you do not have a poll tax in Virginia because of residents in this community,” Krizek said. A marker to honor Harper is in the works, Krizek said.

The Fairfax County Police Department parked their RV, the “MRU” or mobile recruitment unit at the event. One focus is on teens in the 14-21 age range to recruit as “public safety cadets,” which helps the teens develop confidence and public speaking skills. Detective Tammy Russell mans the MRU and talks the talk with bypassing teens. By becoming a cadet, the teens can learn lessons that may help them later in life, and possibly become police recruits, she hopes, noting that recruitment for the FCPD has been low in recent times, like many other professions.

Chatter about an upcoming local election was in the air. U.S. Rep. Don Beyer (D-8) defeated Democratic challenger Victoria Virasingh on Tuesday and will now face Karina Lipsman (R) in November. Even though Beyer’s been in office for several terms, he wasn’t taking it lightly. “She’s run hard all year, we’re taking this run seriously, as we do every election year,” Beyer said. He’s been behind efforts in Gum Springs and appreciates the history. “Gum Springs is one of the legacy neighborhoods in the area,” Beyer said. “It’s involved and it stays together,” he added.

One of the information tables in the park was manned by the “Young Invincibles,” an international group that tries to get health care to people in the 18-24 age range. Their latest efforts are behind “generation vax,” encouraging everyone to get the Covid-19 vaccine.

Other tables on display in Martin Luther King Jr. Park were wildlife specialists from the Audubon Society, Friends of Little Hunting Creek, United Community and others. They had to cancel the kite event and the hot air balloon due to the windy conditions. Many remembered last year’s event when it was nearly 100 degrees, and felt the wind was not so bad.

Historian and author Carl Adams was in the crowd, and he recently wrote “Nance: Trials of the First Slave Freed by Abraham Lincoln.”

Juneteenth is the oldest nationally celebrated commemoration of the ending of slavery in the United States. On June 19, 1865, the Union soldiers, led by Major General Gordon Granger, landed at Galveston, Texas with news that the war had ended and that the enslaved were now free. Note that this was two and a half years after President Lincoln’s Emancipation Proclamation — which had become official Jan. 1, 1863. https://juneteenth.com/history/

The day was recognized as a federal holiday just last year.