Next week marks the end of the first act for Umbrella Dry Drinks, Old Town’s first nonalcoholic bar and bottle shop. The pop-up shop, which has called the Seedling Collective at 121 S. Royal St. home for the month of February, is the brainchild of Sam Kasten, and is really the answer to what she identified as a hole in the market. 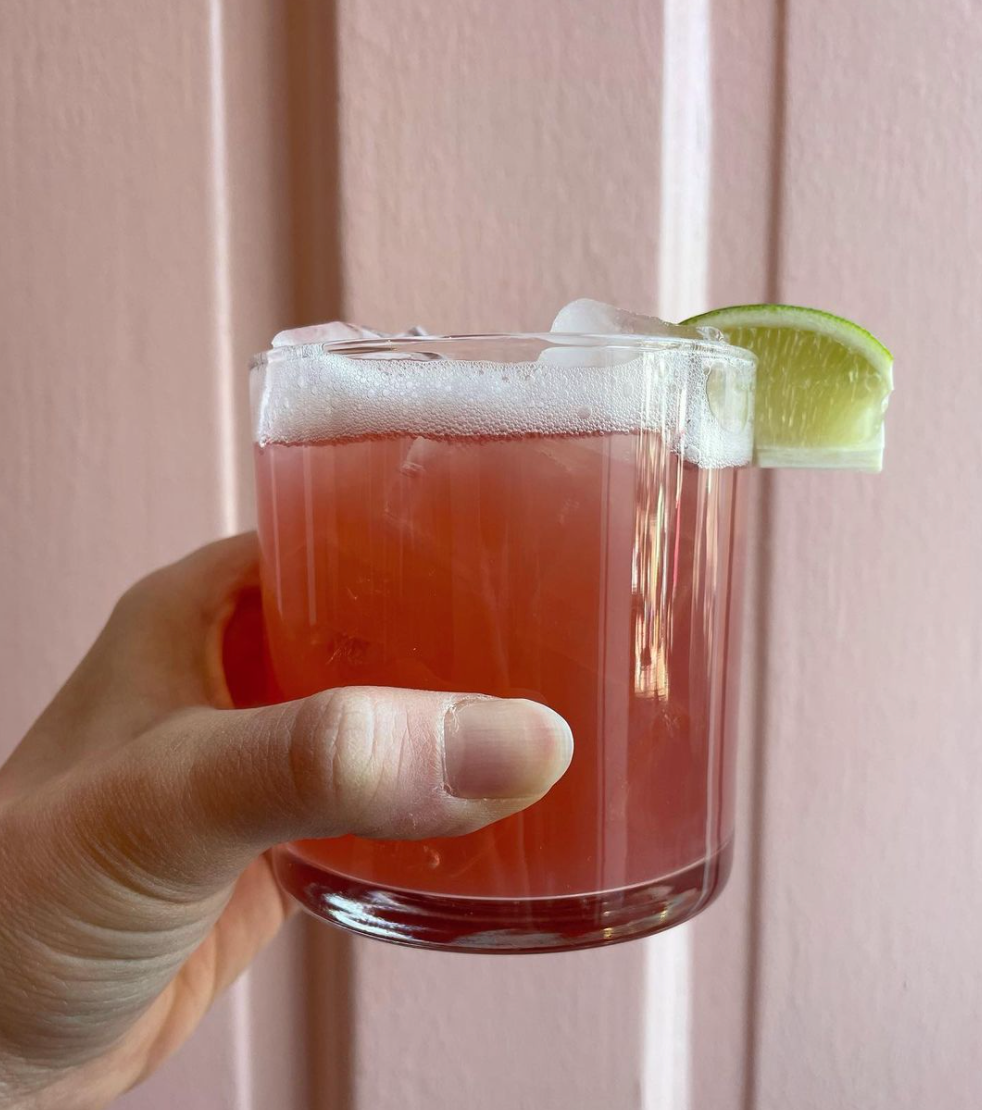 Kasten, who has been sober for nearly four years, longed for a place where she could purchase tried-and-true nonalcoholic drink options by the bottle, as well as a place where she and her fiancé could enjoy more than just a glass of soda water when they went out for a night on the town.

“When I was ready in my recovery to start venturing into the world of nonalcoholic drinks, we started trying different options” but could only order online, she said. “Which can be a real hit or miss. Many times it was a miss. I was like, man, I wish there was a shop where I could go and buy these things instead of having to order online.”

Kasten readily admits that she has no business background – but she had a dream. And last fall, after taking a 10-week course taught by Chris Marshall, the owner of the alcohol-free Sans Bar in Austin, Texas, she was ready to take the plunge, and Umbrella Dry Drinks was born.
“The day after my course ended, I launched Umbrella,” Kasten said.

In mid-January, Kasten noticed that the Seedling Collective, which showcases new small businesses with a rotating schedule, had canceled its contract for February.

“I booked it literally that night. I had no idea how I was going to pull it all together, but I just started ordering inventory.”

And about that inventory: The selections have grown by leaps and bounds over the past few years. Gone are the days of O’Doul’s, Fre, or, yes, soda water being patrons’ only choices for an alcohol-free experience. Forget that. Whiskeys, absinthe, beers, wines, sparkling wine: They’re all there, and they’re all good.

“In the past one to two years, the nonalcoholic beverage industry has really taken off. There are so many options out there that are actually good!” Kasten said.

Some of Kasten’s favorite brands include Lali, an alcohol-removed wine, and Gruvi, a beer brewer from Colorado. But one of her all-time favorites is Noughty, a nonalcoholic sparkling wine that’s incredibly similar to the alcohol-infused version.

“I have fooled people in my family” with it, Kasten laughs.

The majority of brands that she carries are women-owned and founded, Kasten says, and she’s made a point of doing a lot of local events with other women-owned small businesses.

“It’s not even the drinks for me; it’s about building this community that’s not centered around alcohol,” she said, adding that it can be very lonely being a sober person in an alcohol-centered environment. Having shops and bars like Umbrella Dry Drinks, which set their sights in another direction, is a way to spark community in a new, alcohol-free way.

At the end of the day, Umbrella’s mission is to “provide sophisticated nonalcoholic options to those who wish to stay dry,” Kasten said, and though the pop-up shop at Seedling Collective closes its doors next week, it’s only the start for her and her business.

With the long-term goal of landing a permanent space firmly in her mind, Kasten is hammering out the final details for her next temporary spot in Old Town, ideally staying nearby on South Royal Street, which she’ll announce soon.

Hope Nelson is the author of “Classic Restaurants of Alexandria” and owns the Kitchen Recessionista blog, located at www.kitchenrecessionista.com. Email her any time at