‘Musical of Musicals’ at CenterStage
Votes

‘Musical of Musicals’ at CenterStage 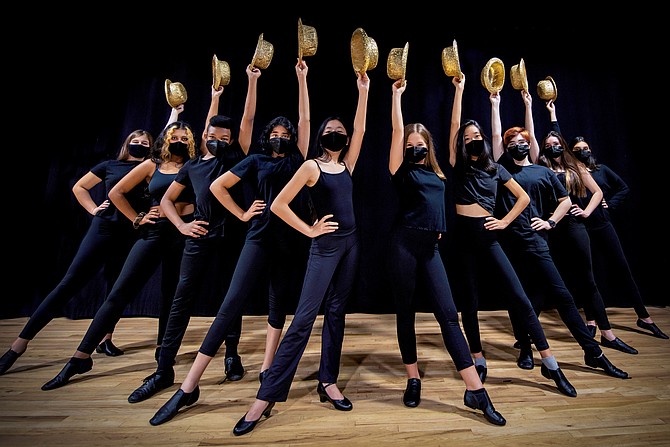 Reston Community Players bring the bold, breezy “The Musical of Musicals (The Musical!)” to

Adding to its luster and many awards, the RCP have launched a new apprenticeship program to train and educate local youth in all aspects of the performing arts. The program, open to students ages 12 to 18, provides participants with exposure to the process of building a theatrical production.

“RCP is very excited to be launching our new Apprentice Program. We wanted to engage young artists not just on the stage, but behind the curtain as well,” said Kate Keifer, President, RCP.

Drawing on the experience of veteran theatre makers, RCP’s Apprenticeship program “allows us to give young performers and technical artists an opportunity to get a 360 degree view of everything that goes into mounting a theatrical production and to learn more about theatrical design and production elements,” said Keifer.

The apprenticeship program’s inaugural production is “The Musical of Musicals (The Musical!).”  The production is a satire of musical theatre featuring five different styles reminiscent of the work of artists such as Andrew Lloyd Webber, Rodgers and Hammerstein, and Stephen Sondheim.

“I’ve been learning about what takes place behind the scenes of this production like costuming, set designing and directing and it is something I am very interested in further exploring,” said Cassidy Loria, of Oakton High School.

For Elliott Baird, Lake Braddock Secondary School,  “I never knew that much about vocal performance, so I’ve been able to really develop a new skill.  I’m able to listen to vocal music much more critically, identify what needs work, and work on it in a way that is kind and helpful.”

“I’ve learned from professionals about all the different parts that go into creating a show from producers and directors to set design and lighting.” said Jahlil Green, Langston Hughes Middle School.

From Madelyn Regan, Rocky Run Middle School: “I love the tech presentations that members put on. There’s so much work that goes into a production backstage and seeing them talk about what they do makes you appreciate it so much more.”

“I’ve been learning about what takes place behind the scenes of this production like costuming, set designing and directing and it is something I am very interested in further exploring.” added Cassidy Loria, Oakton High School.

RCP’s “Musical of Musicals (The Musical),” an over-the-top, hilarious show.

Where and When: Reston Community Players “The Musical of Musicals (The Musical!)” will perform at Reston Community Center CenterStage, 2310 Colts Neck Road, Reston, VA. Performances October 15-16, October 22-24, October 29- 31, and November 5-6, 2021. Performances at 8 p.m., except for October 24, 30 and 31, which are matinees at 2 p.m. Tickets: $20 (adult), $15 (students and seniors). For tickets, contact the box office at (703) 476-4500 or online at www.restonplayers.org. CenterStage is accessible and offers listening devices. Note: Health and safety guidelines for the Reston Community Center are at: www.restoncommunitycenter.com