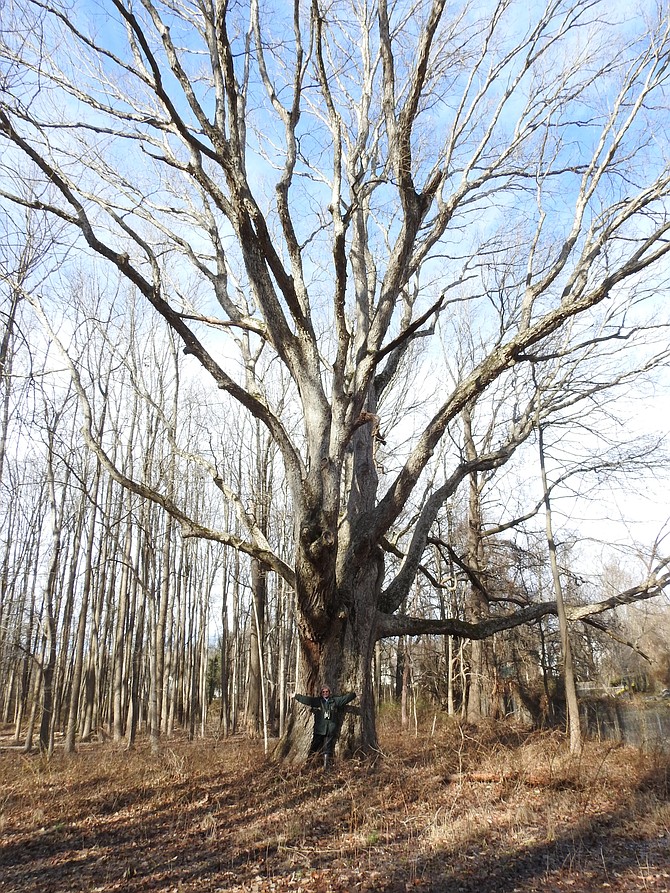 As winter approaches and deciduous trees shed their leaves, their “bones” stand out, arborists say. Winter is a good time to study some of the big, old trees in the Mount Vernon area.  Some loom like giant sentinels, spirits of the forest. 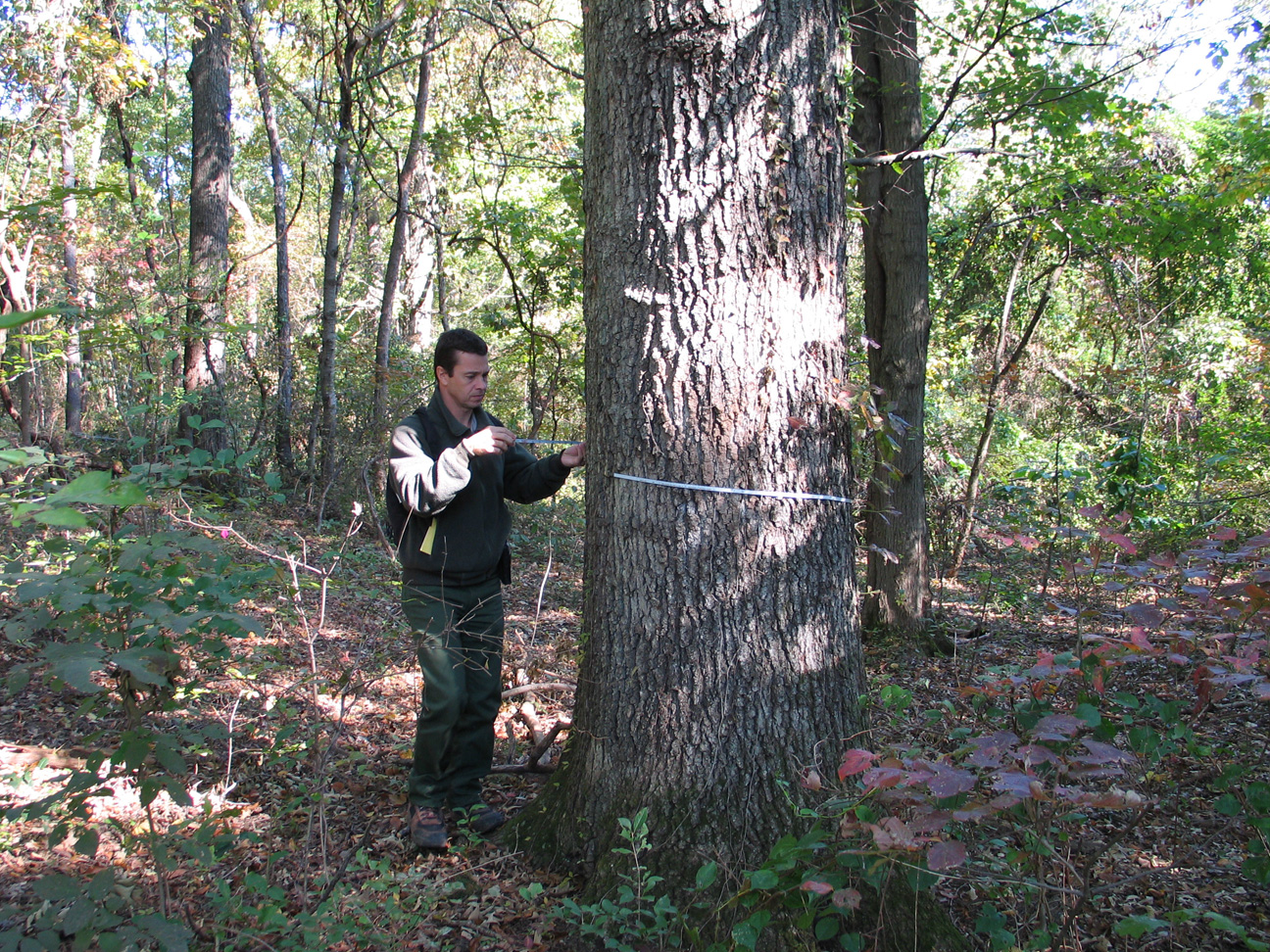 “Trees are too large, too majestic, too important and too much a part of nature to be ignored,” wrote C. F. Brockman in Trees of North America.  “From the human point of view, trees are a multipurpose natural resource without equal.”

From January 1785 to the middle of 1786, General George Washington devoted many of his energies to the landscape of his Mount Vernon plantation and sought the most “clever kind of trees (especially flowering ones),” he wrote, “for my walks, groves and wildernesses.” For many trees, he only had to go to nearby forests and transplant saplings to his desired spot.

Today, seven trees from Washington’s time still stand, the oldest a chestnut oak. Arborists call the seven trees “witness trees” because they are part of a historic landscape and have remained in place years after key historic events. The historic tree that most of today’s visitors see is one of two tulip poplars that Washington, or more likely enslaved people on his estate, planted in 1785 on the west lawn. It is now over 130 feet high.

On National Park Service land near Mount Vernon’s parking lot is a white oak, estimated to be 163 years old about 10 years ago, according to Brent Steury, Natural Resources Program Manager with the George Washington Memorial Parkway. Nearby is a southern red oak around 150 years old.

An imposing osage orange tree behind the manor house at River Farm, headquarters of the American Horticultural Society, is at least 200 years old. Virginia Big Trees, a Virginia Tech website that lists known state champions, says the average lifespan of an osage orange tree is 75 years.  The River Farm tree is over 58 feet tall with an average crown spread of more than 90 feet. The tree is on the Virginia Big Tree Register as an honorable mention, ranked fifth largest among documented living specimens. Osage orange trees have a three to five-inch, green, orange-like fruit that falls to the ground in the fall.

A 2019 analysis reported that the trees’ exact ages are “nearly impossible to discern.” Other reports suggest that the trees were likely planted between 1824 and 1844. Both are also considered to be witness trees. They may have been planted as boundary markers for Huntley, Thompson Francis Mason’s summer getaway on a bluff near the park. Mason was the mayor of Alexandria from 1827 to 1830 and grandson of George Mason IV of Gunston Hall.

Why Care about Trees?

For homeowners, trees can provide privacy and windbreaks and reduce glare. Because the leaves of deciduous trees absorb or deflect radiant energy from the sun, trees can lower air conditioning costs.

“Large deciduous trees planted on the east, west and northwest sides of your home create soothing shade from the hot summer sun and reduce summer air conditioning costs by up to 35 percent,” according to the Arbor Day Foundation.

“Healthy, mature trees add an average of 10 percent to a property’s value and landscaping with trees can increase property values as much as 20 percent,” says Fairfax County’s website.

Trees can even provide psychological services, like reducing stress. A University of Illinois study found that hospital patients recovered from surgery more quickly when they could see trees outside their hospital room window.

The Virginia Big Tree Register has over 2,000 trees around the state, documented since 1970. Visit http://bigtree.cnre.vt.edu/.

The Audubon at Home program of the Audubon Society of Northern Virginia has free “ambassadors” who advise property owners on restoring habitats with native plants and trees.  Visit https://www.audubonva.org/audubon-at-home.

Many Northern Virginia trees, including many along George Washington Memorial Parkway, are threatened by English ivy that climbs up the trees. This invasive vine siphons water and nutrients from the surrounding soil, encourages rot and disease and blocks sunlight. To help save trees, email gwmp_superintendent@nps.gov or engage with an NPS partner like the Friends of Dyke Marsh (www.fodm.org)  or the Friends of Mount Vernon Trail (www.mountvernontrail.org.)