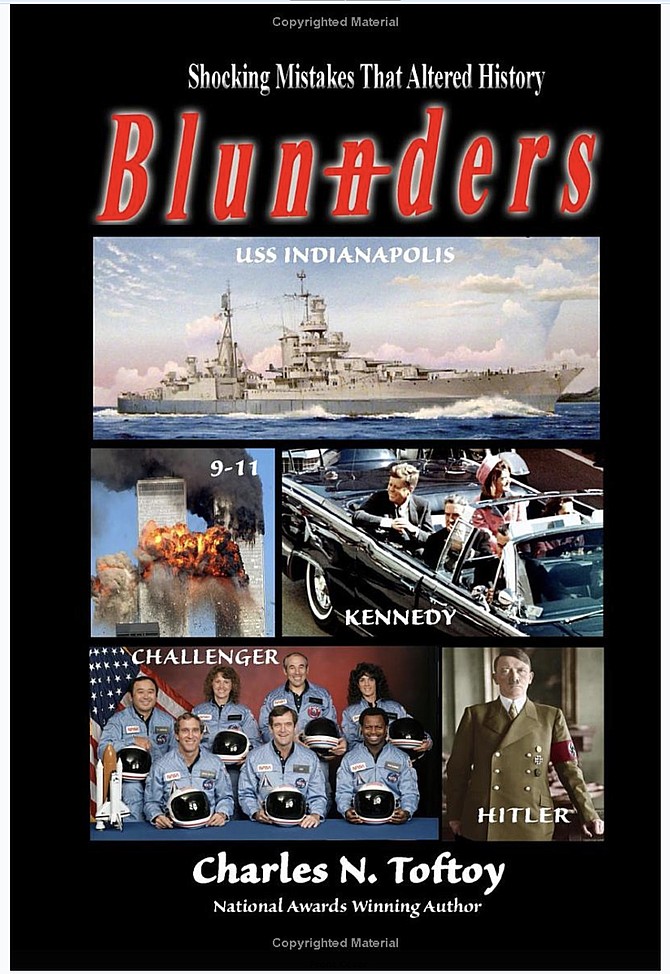 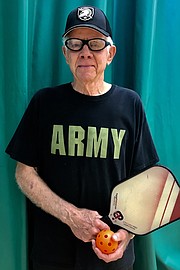 Charles Toftoy, author of “Blunn̶ders: Shocking Mistakes That Altered History,” ready for pickleball, which he plays on a regular basis, and competes in in the Northern Virginia Senior Olympics.

“From the Eyes of Coldcase Killers” to self-help books to great blunders of history. Charles Toftoy has just released “Blunn̶ders: Shocking Mistakes That Altered History,” his fifth book.

Toftoy says, “My wife got tired of having me interview homicide detectives. Why don’t you do something to inspire people?” This led to “The Amazing Fireside Talk,” a self-help book with each chapter focused on hope, happiness, denial.

Then this led to the idea of helping people in a different way, by understanding what really happened in history.

Toftoy says he spent six years researching blunders in history. He started with 200 examples and picked 32 blunders, writing a chapter on each. “A blunder is a compilation of many mistakes put together, sort of like an umbrella. The whole purpose is to provide the real truth and unknown facts about events that occurred in history.”

He says, “My favorite one was Nov. 8, 1939, when a carpenter in Germany had built a bomb that just missed killing Hitler. This happened because it was decided Hitler would need to take the train to his annual speech in Munich due to the fog, and the time difference meant the bomb missed blowing Hitler up by 10 minutes. “Just think — millions of lives would have been saved.”

Another example is Exercise Tiger between the British and the United States in 1944 to prepare for the upcoming Normandy Invasion at Utah Beach. But the German subs near the practice location picked up the movement and they destroyed the landing ship tanks and killed 776. It was covered up.

“I feel for the people who died there. Their relatives didn’t know what happened to their sons and daughters until 20 years later.”

Toftoy explains that he dug deep for these examples. “I was challenged all the time. If something didn’t sound right, I dug deeper. If you dig to find a body in six feet and it isn’t there, most people stop. But you dig another 6 feet and there it is.” Toftoy says he went to the library, studied in the archives, got top-secret messages from the archives of other countries. If things didn’t agree, he kept going until he was satisfied he had the answer.

Another one of his examples is the Piltdown Chicken. He says scientists have wanted to tie birds and dinosaurs together forever, so when they discovered the long arms and small body of a bird and the vertebra of a dinosaur in China in 1999, they immediately jumped to the conclusion that they had found the missing link. But it was a hoax. “It was the biggest embarrassment in the history of the National Geographic.”

Toftoy brings experience in three sectors to his writing including 10 years in the military, 12 in the corporate world and 17 years as an academic. He was a U.S. army airborne ranger and a highly decorated Vietnam veteran. Toftoy is active in the Wounded Warrior Mentor Program, which he helped establish.

The next step? Back to where he started, more mysteries.