Components that should be included in effective forums. 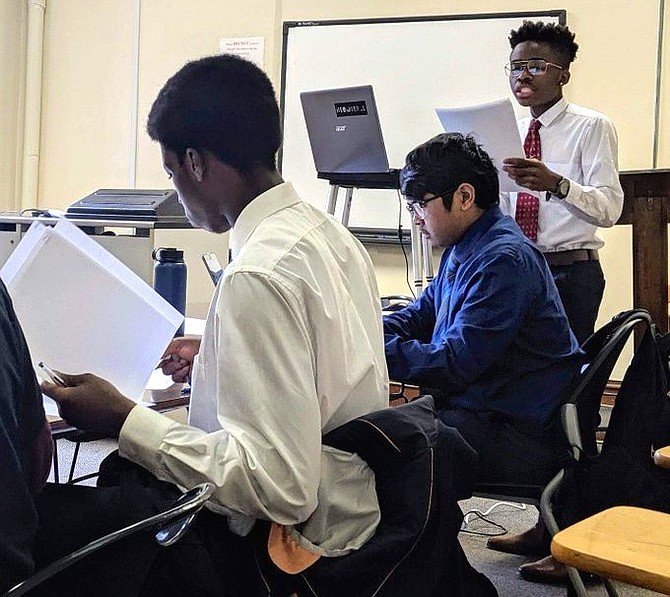 As symbols of racial tension and injustice seemed ubiquitous this summer, a group of parishioners at St. Paul's Episcopal Church in Alexandria began meeting virtually to engage in dialogues about the thorny issue of race. They began watching documentaries and reading lengthy passages on racial history in advance of their discussions. At one point this summer, members of the predominantly white and wealthy parish joined the Prayer Walk for Peace & Justice sponsored by Alfred Street Baptist Church, an African American congregation also located in Alexandria.

“It has been incredible … but our people are so willing to spend time on it, and hungry not only to learn more but to be part of supporting real change in our society,” said Reverend Elizabeth Rees, Senior Associate Rector at St. Paul's Episcopal Church. “We’re using the Sacred Ground curriculum. Over the past months, we have heard parishioners talking about their eyes opening to their white privilege and their struggles to use that privilege to open their worlds up to different people and different voices.”

From social media and the workplace to classrooms and places of worship, buzzwords like white privilege and micro-aggression and discussions around race were important after a summer of racial unrest. While open and honest conversations can improve race relations, researchers say that workshops, classes and group discussions and those who are establishing forums or simply seeking them must include certain basic components such as education and self reflection in order to lead to enhanced racial harmony and decrease the chance of members gaining misunderstanding, antagonism and defensiveness.

“For me the most important aspect of teaching about race is to foster a conversation that is self-referential,” said Anita Chari, Ph.D., cofounder of “Embodying Your Curriculum”, a course that teaches educators how to navigate racism and social injustice. “I think that when we delve into issues of race, which can be highly charged, we need to begin from a basis of introspection and looking at each individual’s own racial formation, and move from there.”

As with the structure of the program of study at St. Paul’s, a review of the past racial occurrences should be included in effective discussion about race, advises Chari.

“I think understanding the nuances of racial history is one of the most fundamental aspects of coming to greater reconciliation and understanding about race within American society,” she said. “This involves teaching students not only about the broader view of race in American history, for example … the evolution of racial discourse through the brutal practice of chattel slavery, as well as the very local histories of race that inform the present.”

Gatherings that encourage empathy and a deep understanding of other points of view can break down racial barriers on the road to racial justice, says David Trigaux, director of programs and fundraising, Washington Urban Debate League, an organization that creates debate teams for young adults and older students in Montgomery County and others parts of the Washington region.

“For me the most important aspect of teaching about race is to foster a conversation that is self-referential.”

“Students prepare for debates by reading and trying to understand both sides of an argument,” he said. “This process forces you to see an issue from the perspective of someone whose view is the opposite of your own. Any experience that forces you to be intellectually aware of another point of view and to walk in another person’s shoes, causes empathy and brings people together in a way that can spur social awareness and awakening.”

The topic for the league’s current season is the criminal justice system, says Trigaux. “We get to think about the fact that some people might see a police officer as helpful while another person might see them as a threat,” he said. “Switching sides forces you to think about where someone else is coming from.”

Because of the controversial nature of discussions around race and the fear of being misunderstood or criticized, some might opt for silence, says Rees. “People in my generation and community were taught to be colorblind when we were children,” said Rees. “We didn’t consider ourselves racist, but we didn’t talk about race because we didn’t want to offend.”

Due to its popularity, Rees says that St. Paul’s is planning for a second phase of the forum, which is open to anyone and not limited to parishioners.

“We will learn more particularly about racial injustice in Alexandria and Virginia and think about what injustice and antiracism might look like for us as a parish,” she said. “It seems like we'll be spreading this learning and these ground-shaking conversations further into the parish. I am so glad to be doing this work, and so thrilled the parish is behind it, and eager to see where it leads us.”