Stand Up and Be Counted in Arlington
Votes

Stand Up and Be Counted in Arlington 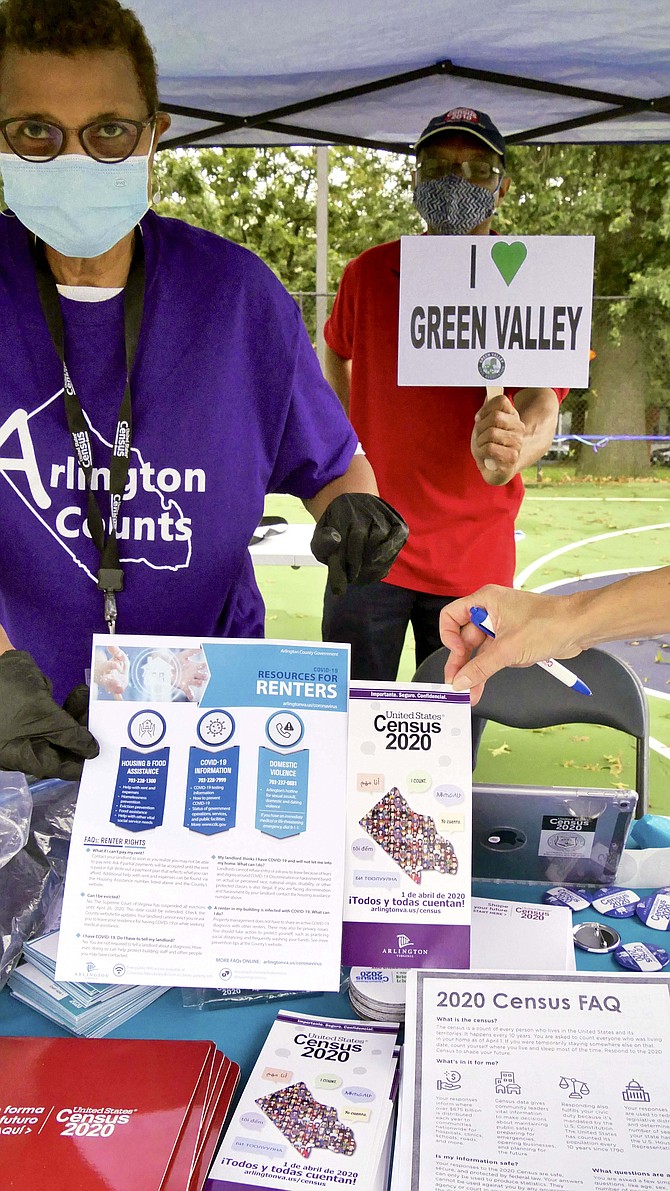 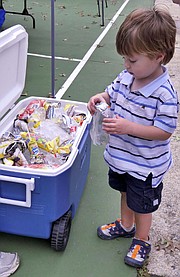 Zack Fanning chooses an Honest juice from the ice chest full of treats from the “peace, love, and ice cream” truck at Green Valley festival for the Arlington Census. 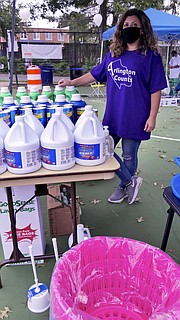 Romina Andrades offers a laundry basket and cleaning supplies for families who have completed the 2020 Census at the Arlington Census Palooza event held at Charles Drew Community Center on Saturday, Sept. 12. 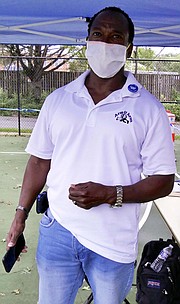 Kelvin Maurs, Executive Director of Arm & Arm, says he walks around the Green Valley neighborhood to find people where they are and convince them to fill out the census.

Joann Griffin is manning a table at Charles Drew Community Center filled with flyers, background information, and questions and answers about the 2020 Census. She says, “We just started. We have signed up three.” Mid-August an estimated 24,400 Arlington households still remained to be counted.

Just down the way, Romina Andrades stands behind a table lined with neat rows of green bottles of Palmolive, sponges, large plastic jugs of bleach and Ajax. “People who fill out the Census can pick a basket and a few cleaning supplies. I’ve had a family of seven and a gentleman.” She says, “I think Arlington has 76 percent of people who have filled out the Census, but we’re going after the hard to reach 24 percent.”

An ice chest, manned by Chris DeRosa, sits on the ground between the two tables. It has been filled with drumsticks, ice cream specialties and drinks in colorful pouches by the “peace, love and ice cream” truck at the edge of the parking lot for the families who fill out the Census. Two-and-a-half-year-old Zack Fanning climbs out of his stroller and carefully selects a silver Honest pouch out of the ice chest.

Kelvin Maurs, Executive Director of Arm & Arm, a peer counseling group for formerly incarcerated prisoners, is there to encourage community members to sign up for the Census. He says, “I’m not going to find them here. I grab someone who can speak Spanish and go out in the neighborhood. I’ve been walking around over there and connecting at the barber shop.”

He says language can be a barrier. “You have to get trust and convince people why this is important. People can be suspicious. I was just talking to two guys and one was on board but the other one gave me the eye. So I gave the first one my phone number so I could get him to come.”

The Constitution requires the U.S. to conduct a Census which counts every person living in the United State once a decade. This information is used as a basis for allocating the number of seats in Congress as well as for allocation of state, federal and local funds for such things as schools, hospitals and public utilities.

Filling out the Census form generally takes only a few minutes. However, some people perceive obstacles, including the challenges posed by the pandemic, lack of information, suspicion about government intrusion, violation of privacy, and language barriers. In addition, a newly imposed September deadline has shortened the time allowed for completion of the Census.

IF YOU HAVE NOT taken the Census there are several options for completion.

Online: Go to https://my2020census.gov/ where you can complete in English or select a different option at the bottom of the page.

Mail: If you received a paper copy by mail, you can just fill it out and mail it back in the envelope provided.

In person: A census person may knock at your door. In addition there are Mobile Questionnaire Assistance stations such as the pop-up locations that will be announced around Arlington weekly through September.