The Other Alexandria: He Believed In the Constitution: Reverend Fields Cook
Votes

The Other Alexandria: He Believed In the Constitution: Reverend Fields Cook

Reverend Fields Cook engaged in so many areas of endeavor during his lifetime that it would be impossible to write a short article on all the things he accomplished. His struggles became his strengths 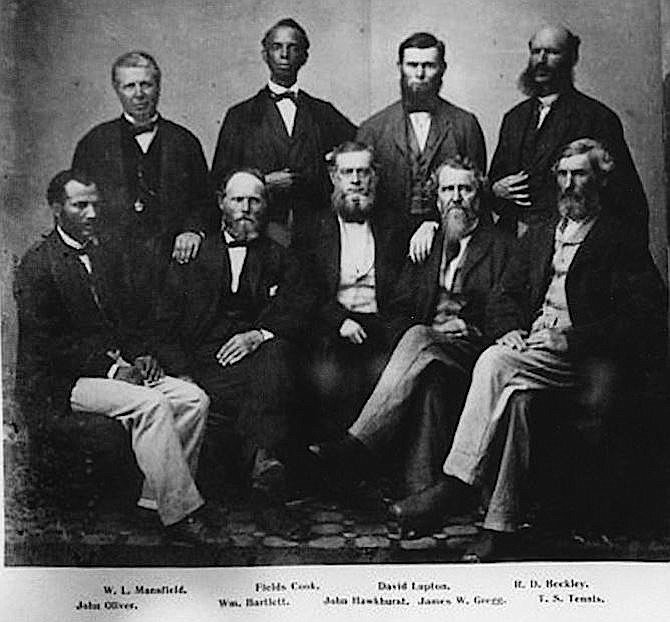 Fields Cook with the Grand Jurors. Fields Cook is standing on the left side of the back row. He is the second person. 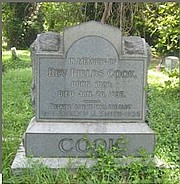 He was born a slave in King Williams County, Virginia around 1817, and was author of the 1847 unpublished memoir, “Fields’ Observations.” He was emancipated in 1850. Fields worked with the Freedmen’s Bureau during the Reconstruction Era as a teacher, and then as a bank cashier for the Freedman’s Savings Bank. He was elected as one of the jurors on the Treason Trial of Confederate President Jefferson Davis. He was a student in 1867 at the National Theological Institute and University in Washington, D.C. A Republican leader, but he ran as an independent candidate for the 1869 seat in Congress. In addition, he was one of the first Colored men who sued and won for being denied his constitutional rights.

Reverend Fields Cook attended many political and religious conventions in his life. One time, he even attended a convention in Philadelphia in 1874 and he made a reservation to stay at the Brigham House at 1026 – 1044 Market Street. When Fields arrived in Philadelphia, he went to the Brigham House to check in, but he was denied a room based on his race. When he asked the clerk why he was denied, the clerk said there were no available rooms. Fields asked the clerk if he could sit in the Clerk’s Office, and he was allowed to. Fields sat in a chair and watched all night guests checking in, and there were over 18 of them. Fields told the clerk the next day what he observed. The clerk then told Fields that they do not rent rooms to Negroes.

In the courtroom, the District Judge said, “The fourteenth amendment of the constitution of the United States makes all persons born or naturalized in the United States, and subject to the jurisdiction thereof, citizens … no state shall make or enforce any law which shall abridge the privileges or immunities of citizens of the United States ….” Reverend Cook’s case predated the 1896 Plessy v. Ferguson case that enforced the Jim Crow laws.

Reverend Fields Cook came to Alexandria in 1870 to work for the Freedman’s Savings Bank; the bank closed in 1876. After that, Fields became the second pastor of Third Baptist Church from 1876 – 1883. He left Third Baptist Church to start a new Church, Ebenezer Baptist, and he became Ebenezer’s pastor from 1883 until he died on Jan. 21, 1897.

Fields Cook married an enslaved woman named Mary. They had several children, including a son named after him. Fields migrated from Richmond to Alexandria with his wife and adopted daughter in 1870. He left his children and siblings in Richmond. He and his wife, Mary are buried at Bethel Cemetery.

Reverend Fields Cook was a man of action. He did not let the years he spent in slavery stop him from achieving an extraordinary life for a man of color. He fought for his constitutional rights as a citizen of the United States of America.